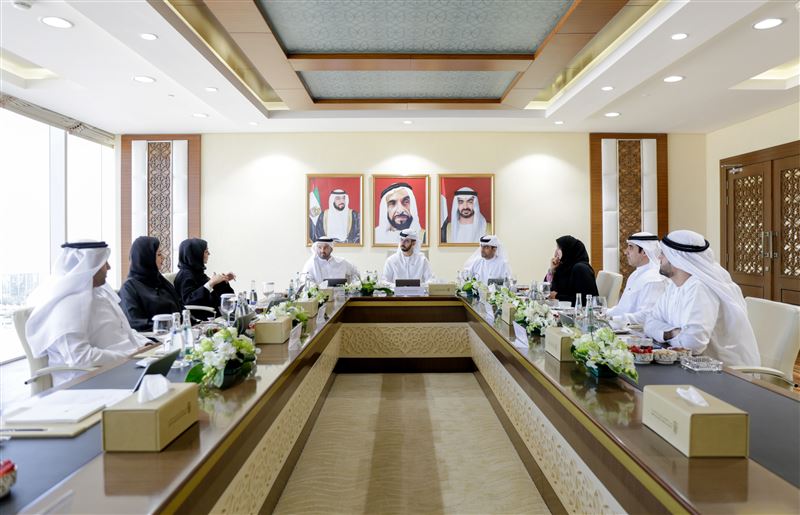 “Guided by the directives of its wise leadership, the UAE has embraced innovation and forged strategic international partnerships, to present bold new scenarios where AI will play a vital role in building the future. The UAE is prepared to handle this breakthrough technology and incorporate it in a clear, forward-thinking and long-term strategy, to advance all its vital sectors, in line with the objectives of the UAE Centennial 2071,” Al Olama said.

Formed in March this year, the UAE Council for AI is tasked with creating and implementing strategies that would make the UAE a global leader in AI.

According to WAM, during the meeting, the Council’s members discussed several strategic long-term topics, including its objectives and functions, the UAE Strategy for Artificial Intelligence and its objectives and potential, and the competitive advantages and economic benefits of adopting AI.

The Council’s tasks were also outlined, which include providing counsel on matters referred to it by the UAE Ministerial Cabinet.

The Council is tasked with encouraging the exchange of knowledge and experience related to AI, integrating AI into education, spreading awareness and knowledge among the public sector, using AI to ensure the happiness of individuals, and proposing policies and strategies to create a generation of tech-savvy citizens with knowledge of AI.

It also examined a proposed evaluation mechanism for AI applications, titled, “UAI,” which are based four metrics – ensuring the positive use of AI, user data privacy, data security and integrity, and efficient data sharing with relevant authorities.

The meeting also discussed the significant national economic benefits of adopting AI, which is expected to increase economic output by 26 percent and boost the value of the economy by AED335 billion. Furthermore, it also looked into the importance of establishing support committees that enlist representatives from the public and private sectors, scientists, researchers and experts from the academic sector.

On another note, the Council discussed the seven main objectives of the UAE Strategy for Artificial Intelligence, namely: Transforming the UAE into a leading global destination for AI-powered application and government services; supporting various sectors to embrace and develop artificial intelligence technology to ensure faster growth; attracting and training talent for future AI-centric jobs; attracting prominent international scientists to work within specific sectors; establishing the necessary data infrastructure to transform the UAE into a global AI laboratory; ensuring efficient governance; and setting sound policies and legislation for AI-based technologies and innovations.