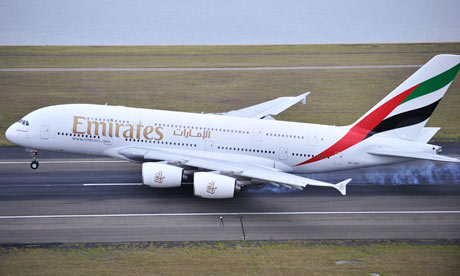 Dubai’s Emirates Airlines aims to have robots, similar to the ones Amazon uses in its warehouses, to handle airport baggage soon.

A Bloomberg report said that the world’s biggest long-haul carrier’s president Tim Clark outlined what automation, artificial intelligence and Big Data can do for air travel. He described a future where robots would ID bags, put them in assigned bins and carry them out of the aircraft, without any human intervention.

He also touched upon cutting back on what is still the most strenuous part of flying – the central security search, reported Bloomberg.

“That’s in today’s technology,” he told reporters in Sydney on Tuesday at the International Air Transport Association’s annual general meeting. “We can actually do this.” The entire process, from arrival at the airport, check-in, immigration through all the way to the boarding gates, would become seamless and uninterrupted, he said.

Clark said that the technology can be deployed even for security searches, adding a passenger passing through the system would keep walking while being inspected by several entities.

If there’s a problem, “something will come out –I can’t say whether it’ll be humanoid or whatever – and stop him.”

According to Bloomberg, Emirates is already close to producing a walk-though security system that doesn’t require passengers to remove boots and belts and offload mobile phones and keys.

The construction of the new Al Maktoum International Airport south of Dubai, which Clark says was designed with “old think,” has been paused so its architecture can be reworked to accommodate new technologies and the internet of things.

“If it means we delay a couple years, we have to do that,” Clark said. “Those that don’t do it are going to be problem children in the future.”