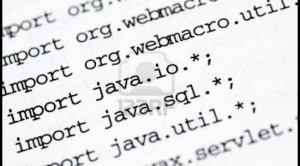 Attacks targeting an unpatched vulnerability in the latest versions of Java 7 have become widespread after an exploit for the new flaw was integrated into the popular Blackhole attack toolkit, according to Kaspersky Lab.

“The first victim regions to be hit with the Blackhole stuff were the U.S., the Russian Federation, Belarus, Germany, the Ukraine and Moldova,” Kaspersky senior security researcher Kurt Baumgartner said.

Blackhole is one of the most popular of the commercial exploit toolkits that cybercriminals use to automatically infect computers with malware when their owners visit malicious or compromised websites.

Blackhole is sold on the underground market and comes packed with a variety of exploits for known vulnerabilities in browser plug-ins such as Java, Adobe Reader and Flash Player.

After a reliable exploit for the new Java vulnerability — now identified as CVE-2012-4681 — was released on Monday, many security researchers warned that cybercriminals would soon start targeting the flaw on a large scale.

Rumours that the exploit had been integrated into Blackhole started circulating on Tuesday morning after the toolkit’s creator allegedly posted an announcement about it on an underground forum.

“SophosLabs has seen samples of [the exploit] from Blackhole and are analysing them now to determine if they actually work,” Chester Wisniewski, a senior security adviser at antivirus firm Sophos, said Tuesday via email. “So, yes, we can confirm it has been added, but still working out if they did it right.”

Kaspersky’s new report shows that not only has the exploit been added to Blackhole, but the toolkit’s customers have already started using it.

“In relation to the other exploits included in the pack, victims are getting hit only a fair number of times with the 0day [the unpatched vulnerability],” Baumgartner said.

This might be because, according to reports from various vulnerability researchers, this new flaw only affects Java 7. “Java 7 is not as widely deployed as other vulnerable versions of frequently attacked client-side software,” Baumgartner said Tuesday via email.

This means that there might be, for example, more computers on the Internet that run outdated installations of Java 6 that are vulnerable to older Blackhole exploits, than computers running Java 7.

Most security researchers advised users to uninstall or disable the Java Web plug-in from their browsers. However, other options are also available to users who can’t afford to do this because they use Java-based applications on a regular basis.

“Oracle needs to step it up and deliver an OOB [out-of-band] patch, which historically they have failed to do,” Baumgartner said in the blog post. “Maybe this event will provide even more pressure to step up their security update delivery process.”