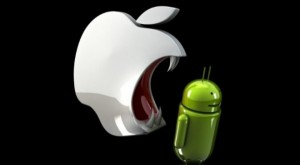 Apple asked a U.S. court to block sales of eight Samsung Electronics products on Monday, following the iPhone maker’s victory in a patent lawsuit against Samsung on Friday.

In a filing to the U.S. District Court for the Northern District of California, Apple asked for preliminary injunctions against seven smartphones carrying its Galaxy brand, plus the Droid Charge. It based the requests on a jury’s ruling on Friday that Samsung had infringed several Apple patents. Apple said it wants the preliminary injunction pending a final injunction.

On Friday, a jury in the Northern California court reached a verdict that Samsung had infringed Apple patents on items that included some multi-touch software capabilities, hardware designs and app icon designs. The jury awarded Apple about US$1 billion in damages, which might later be tripled for deliberate infringement.

On Sunday, Samsung asked the court to lift one preliminary injunction that is already in place. The judge, Lucy Koh, imposed the injunction against the Galaxy Tab 10.1 in June, before the jury was even seated in the case. While the jury decided largely in Apple’s favour on Friday, it found that the Tab 10.1 did not infringe Apple’s design patents. Samsung is also considered likely to appeal Friday’s jury verdict altogether.