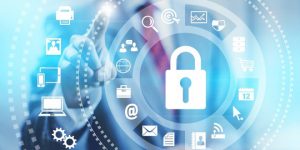 Khalifa University said it is leading a research to enhance cybersecurity in line with UAE’s recently launched strategy for artificial intelligence (AI).

In October 2017, UAE had introduced the region’s first national strategy for AI. The UAE 2031 AI strategy aims to make the government more efficient and streamlined by relying on AI technologies across all verticals.

This is important not only for individuals but also for companies and governments, impacted by the rising financial costs through cybercrime, which reached $1.4 billion in the UAE alone last year, he says.

Rahwan has recently developed a strategy that leverages algorithmic techniques to identify ways in which people can effectively protect some of their private information on social media networks such as Facebook.

“Have you ever wondered why Facebook is so good at suggesting friends? How does it know that a certain person is your friend, even if you never mentioned that person on Facebook?” he asked.

The answer lies in AI techniques that analyse your personal connections to infer your otherwise-private information, he explains.

“Such techniques raise legitimate privacy concerns that are likely to exacerbate in the future due to the rapid advancement in AI,” he added.

Rahwan set out to address the following research question: Can the general public take an active role in protecting their privacy against such AI techniques? Or, can people alter their connections in order to deceive Facebook?

According to the professor, while this research assists the general public in protecting their privacy, it also assists counter-terrorism units and law-enforcement agencies in understanding how criminals and terrorists could escape detection, especially given the increasing reliance of terrorists on social-media survival strategies.

The university said that a second AI project is being led by associate professors Dr. Zeyar Aung and Dr. Wei Lee Woon of the Electrical Engineering and Computer Science Department. The researchers are designing fraud detection algorithms that can identify online click fraud – a type of fraud that occurs when an individual or computer program exploits online advertisers by repeatedly clicking on a pay-per-click advertisement to generate fraudulent charges.

“Online click fraud represents a serious drain on advertising budgets and can seriously harm the sustainability of the internet advertising market. That is why fraud detection algorithms that can identify fraudulent behavior based on user click patterns are extremely valuable,” said Aung.

The university said that the team plans to improve the algorithm with deep learning to further enhance the quality of the results and to extend it to other domains, such as credit card fraud and insurance fraud detection.