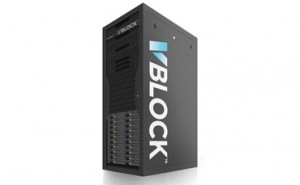 Calling it the biggest news since its creation, VCE last week added two low-end models to its line of Vblock pre-configured, cloud-computing systems.

VCE also announced that it is teaming with SAP to add the SAP HANA database to its Vblock system. Models prequalified to work with the in-memory database software are called Vblock specialised System SAP HANA.

“What we heard from customers is ‘don’t invent another management tool,'” Hargus said. “So we’ve done native integration with VMware. We have APIs which allow us to plug into any management framework”

Founded in 2009, VCE (Virtual Computing Environment), is a joint venture of EMC, its VMware subsidiary and Cisco Systems.

The new Vblock System 200 will be target mid-market corporations for use as part of a core data centre infrastructure, VCE stated in its announcement.

Large corporations could also use Vblock System 200 as part of a distributed environment, while extending installed larger Vblock systems across the business.

The Vblock System 100 is targeted for remote office and branch office deployments, and will be pushed by VCE as extensions to the other Vblock systems.