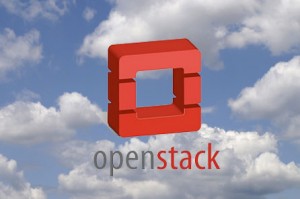 In recent weeks, the rhetoric between the open source and proprietary cloud offerings in the IaaS market has intensified. But today’s move signals a more collegial tone in the PaaS market and what one analyst calls a recognition by providers that integration across multiple clouds and between IaaS and PaaS is key for cloud adoption by end users.

The partnership between Piston Cloud and VMware is not totally unexpected though, said Krishnan Subramanian, principal analyst at Rishidot Research, who tracks the cloud industry. There has been buzz about integration of OpenStack with Cloud Foundry given they are both open source projects and Piston Cloud is a natural company to take that leadership position, Subramanian said.

Piston Cloud co-founder Josh McKenty is one of the co-founders of the OpenStack project. “These two companies fundamentally disagree on their core philosophies but this is more of a marriage of convenience,” Subramanian said.

It’s only natural, Subramanian said, for OpenStack to begin to integrate with a PaaS offering. As the IaaS market becomes commoditized, the real value for providers is in PaaS offerings, he said.

OpenStack end users, such as cloud service providers and large enterprises, will increasingly demand having PaaS integration, Subramanian predicts. While there has been some discussion about OpenStack developing an in-house PaaS tool, Subramanian said that would have been a waste of resources if there are open-source PaaS project that OpenStack can integrate with, such as Cloud Foundry.

In the IaaS market, VMware is seen as a proprietary competing offering to OpenStack, but in PaaS it is looking to establish itself as an open source player. “Even though [VMware] released Cloud Foundry under open source license, there are still suspicions about VMware’s hidden agenda among open source practitioners and pundits,” Subramanian said.

“By supporting this project, VMware wants to clear up any apprehensions that they will derail the CloudFoundry project in the future to suit their business agenda. In my opinion, I don’t see VMware having any such agenda but even if they have, there will be forks and there are credible companies ready to lead the fork,” he added.