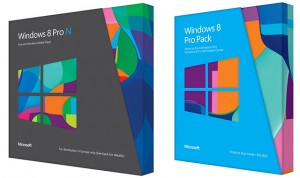 Microsoft on Friday announced that Windows 8 will be as much as 400% more expensive to buy after February 1, when a three-month promotional discount ends.

The current $39.99 deal for a Windows 8 Pro upgrade expires in less than two weeks, on January 31. At that point, higher prices similar or identical to those for Windows 7 will move into place, Microsoft spokesman Brandon LeBlanc confirmed on Friday.

Microsoft will also add a new SKU to the mix that upgrades XP, Vista or Windows 7 to Windows 8, not the Pro edition. The price for this will be $119.99.

The prices were not surprising, as numerous retailers had long cited the after-discount costs for Windows 8 Pro and Pro Pack. The only real news was the availability of a Windows 8 upgrade, something that Microsoft had previously declined to confirm.

LeBlanc also noted that download and boxed copy prices were the same, a pricing practice that Microsoft has used before.

Last summer, when Microsoft revealed the Windows 8 Pro discount, Stephen Baker, Analyst, NPD Group, pointed out that it wasn’t in the Redmond company’s interest to dramatically drop the price. Microsoft’s goal, said Baker, was to sell new PCs, not get customers to upgrade old ones.

“It behoves Microsoft to get people to move to new hardware, so they’re not going to make an upgrade extraordinarily cheap,” Baker argued. “This [upgrade cycle] is even more about hardware. Microsoft wants people to get off XP and into the new different types of hardware.”

While customers have until the end of the month to take advantage of the Windows 8 Pro and Pro Pack discounts, other deadlines have already come and gone: The Windows 8 previews expired on January 15, for example. Since then, the free previews have automatically restarted every one or two hours, and on-screen messages have told users that they must upgrade to a paid license.