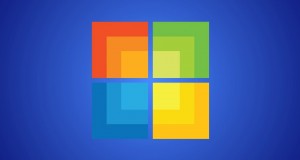 Microsoft plans to release a preview version of Windows 8’s update, code-named Windows Blue, at the end of June, according to Julie Larson-Green, a corporate vice president in charge of the OS’s development.

Larson-Green didn’t say what changes Windows Blue will feature, but conceded that Microsoft has discussed user complaints about the removal of the Start menu on Windows 8 and that it might be useful to restore it.

“We’re principled in the direction we’re heading but we’re not going to be stubborn,” she said on Tuesday during a Wired conference in New York, where she answered questions from a moderator and from audience members.

Earlier in the day, the other Windows chief, Tami Reller, announced in a blog post that Windows Blue would be released before the end of this year.

Reller, Windows CMO and CFO, didn’t provide advance details on what will be new with Windows Blue, but said that the OS update would be “an opportunity for us to respond to the customer feedback that we’ve been closely listening to.”

Windows 8 has been a controversial product from the beginning. It sports a radically redesigned user interface based on tile icons intended to make the OS optimised for touchscreen devices like tablets. However, it has not been an unqualified commercial success to date, and the lack of uptake by users has been blamed in part for the dismal performance of the PC market overall.

Larson-Green also acknowledged that Microsoft has “some work to do” to better articulate the benefits of its Surface RT tablet, which apparently hasn’t sold as well as expected and which runs Windows RT, a Windows 8 version for devices based on ARM chips.