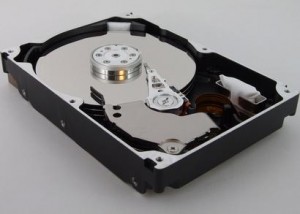 EMC continued to lead in external disk storage system sales with 29% of the overall revenue share in the first quarter, followed by NetApp with 14.1% of the market. IBM followed with 11.4%, and Hewlett-Packard and Hitachi Data Systems ended the quarter with 10.2% and 9.4% market shares, respectively.

The NAS market declined 1.9% year over year. EMC led in NAS sales with 42.6% revenue share, followed by NetApp with 36.4%. The iSCSI SAN market continued to show strong sales with 17.6% revenue growth compared to the same quarter in 2011. Dell led the iSCSI SAN market with 33% revenue share, followed by EMC and NetApp with 18.9% and 13.7% market shares, respectively.

Even though monsoonal flooding in Thailand shut down manufacturing facilities last year and caused hard disk drive shortages, the external storage systems market remains strong, said IDC analyst Liz Conner. Hardest hit were entry-level systems that have an average selling price of less than $25,000. Those system sales suffered most because they typically use serial ATA (SATA) or lower-priced near-line serial SCSI (SAS) drives, which experienced the highest price increases due to the flooding.

IHS iSuppli released a report earlier this week that predicted hard drive prices will remain high and are unlikely to fall to pre-flood levels until 2014.

IDC analyst Amita Potnis said the high-end storage segment, which is represented by systems with price tags north of $250,000, remained flat year over year and declined 13% sequentially in the first quarter of 2012.

“The high-end segment grew significantly in 2010 and 2011 owing to the loosened storage budgets after the economic crisis of 2009. IDC believes that the softened growth in the high-end segment this quarter is reflective of what will be a long-term trend,” Potnis said.

The open networked disk storage market, which includes Open SANs, iSCSI SANs and NAS systems, grew 8.5% year over year in the first quarter with $5.1 billion in revenues, according to IDC. EMC maintained its lead there with 32.2% revenue share, followed by NetApp with a 16.4%.