Smart Government applications have generated savings of $2.1 billion (AED 8 billion) in three years, according to a study conducted by the Telecommunications Regulatory Authority, (TRA).

The report focused on the impact of the UAE Smart Government on the Sustainable Development Goals (SDG) from 2015 through 2017, WAM reported.

The study covered 35 federal departments and 319 services and found out that since 2015 through 2017, a total of 30 million e-transactions have been conducted.

It highlighted that e-services contributed to cutting 377,000 tonnes of CO2 emissions, primarily due to reduced physical visits to complete transactions at state departments.

The study also indicated that e-services have significantly contributed to automating jobs, therefore saving more than 5800 posts across different federal departments in three years besides considerably cutting time and reducing effort needed for getting transactions done.

“The savings generated are mainly attributed to reducing the time it takes to process transactions and cutting fuel costs,” said the study.

The ecological impact of e-services featured high in the study which revealed that more than 377,000 tonnes of CO2 were saved in three years, during which around 19,000 tree were preserved each year as well.

Hamad Obaid Al Mansoori, Director-General of TRA, credited the impressive economic, social and ecological success achieved by the UAE Smart Government to the directives of the country’s wise leadership to provide all potential and tools needed to establish a sustainable economy based on knowledge and artificial intelligence. “The significant results achieved through e-service applications have proved the government right on its bet on digital transformation across government departments,” he added, expressing hope that the study will incentivise more demand on government services through digital platforms.

The UAE is planning to lead the world in terms of smart-services by 2021, with a number of task forces having been formed to run the digital transformation drive in the country. 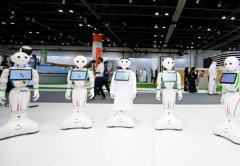