However, the implementation of this cutting-edge technology could be delayed by lack of awareness. This is among the conclusions of a new whitepaper from Eaton which examines the arguments for the introduction of adaptive evacuation systems in commercial buildings.

The whitepaper, Improving the Evacuation of High-Risk Buildings with Adaptive Exit Guidance, is available to download at http://www.eaton.ae/evacuation.

Given the increasing diversity and severity of risks facing commercial buildings, including large and complex public sites, the whitepaper explores the need for next-generation exit signs. Adaptive technology enables exit signs to adjust the direction of their arrows in real time according to the location and characteristics of an evolving hazard. Adaptive exit signs can also display a red cross to indicate that an exit route has become blocked or dangerous.

Frank Ackland, General Manager, Eaton Middle East, said, “The range of circumstances that might trigger an evacuation procedure have broadened in recent years, from the long-established threat of fire to more modern hazards including terrorism, civil unrest and violent crime. In an increasingly complex urban environment, these incidents may occur in large or multi-level buildings that are unfamiliar to large volumes of occupants. In these situations, where both danger and panic can spread rapidly, there’s a clear need to provide evacuation guidance that is adaptable rather than fixed. Based on decades of expertise in life safety, Eaton has developed and tested adaptive evacuation technology that directly addresses this need but without greater awareness, deployment will be limited.”

Eaton has developed a range of resources to aid understanding of adaptive evacuation, http://www.eaton.ae/evacuation. Here, visitors can access the whitepaper, infographics and video material, alongside technical details of Eaton’s adaptive evacuation products, including the GuideLED and Matrix exit sign luminaires, all enabled by the CGLine+ control system.

The whitepaper charts the evolution of exit route guidance, starting with conventional static signs. An academic study found that only 38 per cent of people saw a conventional sign during a perceived emergency in an unfamiliar built environment.

Further development of exit signs saw the introduction of active signs, which start up when required, and dynamic signs, which are capable of displaying an alternative route. The latest adaptive technology, however, benefits from the ability to display directional instructions from multiple scenario options and adjust again as required by changing circumstances. A selection of display scenarios can be programmed in at the point of installation and activated either manually from a central control point or automatically selected according to a local input device such as a smoke alarm or panic button.

IBM, ServiceNow enable enterprises to automate IT with AI 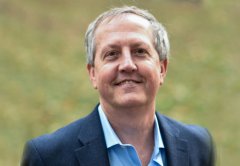 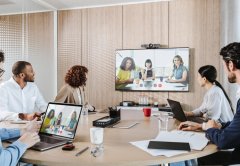 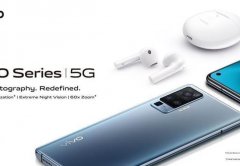