In the late 1990s, beige boxes populated the IT market as the latest desktop computer models that consumers could get their hands on, until the iMac G3 was released in 1998. The ‘Bondi blue’ model was marketed by Steve Jobs as looking like “it was from another planet,” with “better designers” than its competing counterparts at the time. 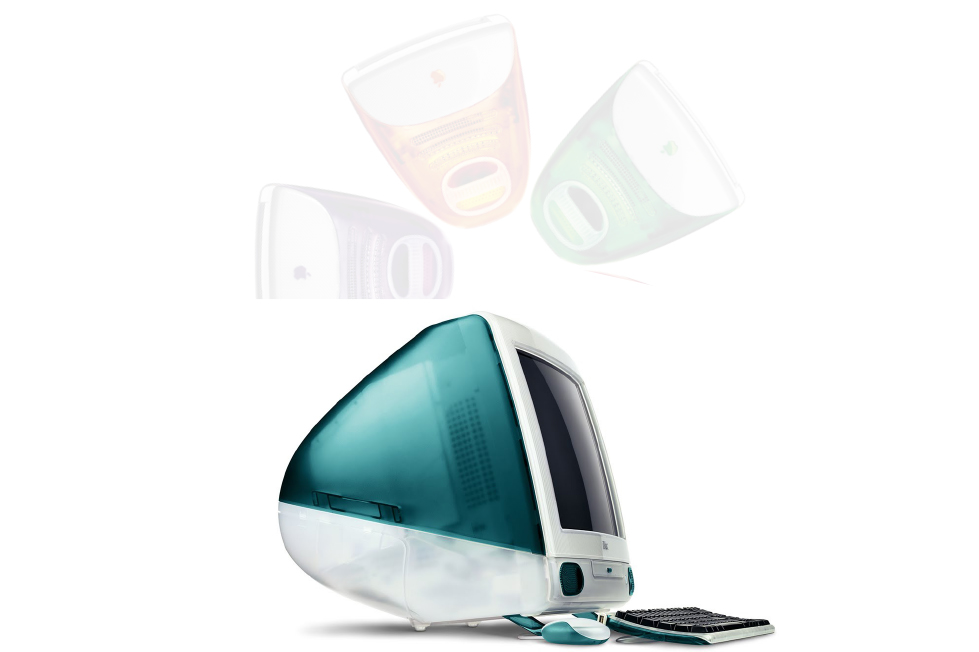 The iMac was a consumer version of the G3-powered PowerMac and PowerBook – the only remaining computers in Apple’s line-up at the time after Jobs slashed all other models, including the popular Performa line.

It was the first of many in the ‘i’ revolution, and the curved shape of the 15-inch CRT was one of the machine’s defining features. The original iMac boasted a 233 Mhz G3 processor, 32 MB RAM, 4 GB hard drive and a 24x tray-loading CD-ROM drive.

However, the biggest addition to the iMac G3 was that it became the first Mac to include USB ports. The original model scrapped all previously-used ports, including SCSI and ADB connectors, and was also the first Mac without a floppy drive.

It cost $1,299 and shipped with Mac OS 8.1, but the machine was consistently updated after its initial release, meaning Mac OS 8.5 wasn’t far behind.

Aside from increasing specifications, including processor speed, hard-disk capacity, and video RAM, Apple replaced Bondi blue with new colours. Throughout its lifespan, the iMac was released in a total of thirteen colours.