IT Automation is a natural next step as businesses progress towards the implementation of Artificial Intelligence, said leading industrial experts during a panel discussion organised by TahawulTech

Automation has been in progress ever since the first industrial revolution. While the first three revolutions enabled the process to a large extent the, fourth revolution will be a result of enhanced automation the experts noted even as they made a case for automation with adequate human monitoring and safeguard. 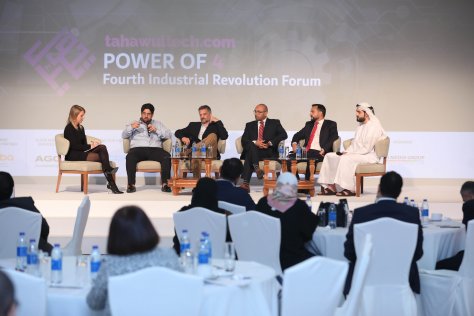 As Ala Majaj, Partner at GEEKS.ae notes automation is not a new phenomenon. “Time management was the task of HR when they used to spend almost six to seven hours a day. Today the same task is accomplished by machines,” says Ala, even as he cautioned that not everything can be automated though. “There are certain tasks that require human intervention and wisdom.”

Hesham El Komy – Regional Vice President, Epicor says automation is already in place wherever it can possibly be. The industries and production houses that can increase profitability and enhance their customer base through automation have already done so. The next stage is equipping it with the power of AI.

As Paulo Pereira, Director of Systems Engineering for Emerging Markets and Europe at Nutanix points out automation has not resulted in unemployment but has reoriented the job market, allowing both men and women to equip themselves with different skillsets.

“The first and second revolutions created a lot of jobs. The third saw humans adopt to growing automation within certain sectors.  With the fourth revolution we see an emergence of machines. Its too early to say how and what extent the job market will be affected. AS it was before, it will make humans adopt to new conditions,” says Pereira.

David Ashford, CIO, The Entertainer says his own company has been trying to automate several tasks and has moved away from merely being a publisher to delivering food. “The data that we acquire from our client base is very crucial. It is this date that powers automation and eventually the integration of Artificial Intelligence,” he says.

Ahmad El Amadi, CISO, Dubai Municipality explained the process how data was taking centerstage and relevant data is what is crucial for effective implementation of AI. “The past and current revolutions have contributed towards automation. We are sort of becoming an automated society. The next revolution will enhance the ability of artificial intelligence and machine learning based on the data that is generated. Therefore it is very important that the data is correct and relevant,” he says.