The Future Security Awards kicked off at the Habtoor Grand Hotel in Dubai and recgonised individuals and organisations who have shown prowess and leadership in building the foundation of a digital future with security innovation. 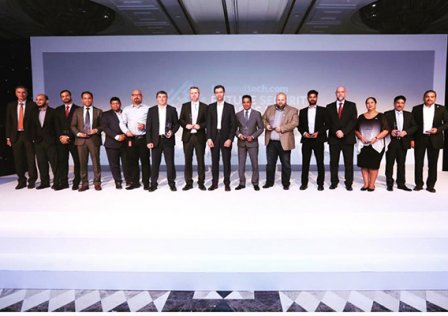 The 2018 edition of Future Security Awards ceremony was attended by 200 industry stalwarts, and recognised 20 organisations and IT security leaders.

Future Security Awards received over 150 nominations from both end-user and vendor categories. Winners were chosen by a panel of esteemed judges who have evaluated the set of nominations from across the region in a ten-day process to decide the most-deserving candidates. The judging panel is comprised of Bhavani Suresh, president, ISACA UAE Chapter; Irene Corpuz, Manager for Transformational Projects, UAE Federal Entity; Javed Abbasi, principal consultant and founder, GISBA; and Megha Kumar, research director, Software and Cloud, IDC META.