The Reseller ME Forum and Excellence Awards 2020 hosted by CPI Media Group, celebrated the resilience and triumph of businesses, particularly in the wake of the pandemic and its repercussions on the global economy. The event, sponsored by Security Partner – Eufy Security; Gold Partners – Hiperdist, Centena Group & Gulf IT Distribution; and Silver Partner – Norden, recognised the efforts of key players who drove the channel industry and sustained a value-driven approach with pioneering solutions. The awards paid tribute to excellence and innovation while the forum brought together some of the best minds in the industry to discuss how innovation and adaptability helped companies stay afloat during the crisis.

The 2020 special edition of the awards received an overwhelming number of nominations spanning various categories from vendors, distributors and resellers, to system integrators. Titles such as Best Partner Excellence Programme of the Year, Cloud Vendor of The Year and Outstanding Channel Growth Award were awarded to Avaya, Citrix and Emitac respectively, for creating new strategic channel partnerships while adopting innovative techniques to increase growth, promote products and empower the channel community.

Cloud Vendor of The Year-Citrix

Channel Marketeer of The Year Award- SANCHARI ROY of BARCO

Most Innovative Product of The Year Award- Prestigio Click & Touch

Enterprise Reseller of The Year- Raqmiyat

Value-Added Distributor of the Year- Mindware

Technology Marketeer of The Year- Mallika Sharma of Exclusive Networks

Partner Empowerment Vendor of the Year-Veritas 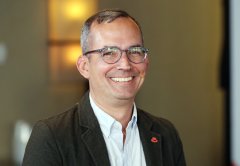