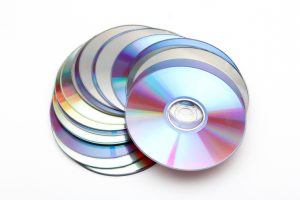 Optical Media storage specialist Falcon Technologies International (FTI) has announced the formation of a number of key regional distribution partnerships. This is in support of the company’s new worldwide strategy to increase sales and distribution via closer cooperation with the key players in the global optical media industry.

The UAE-based firm’s new strategy is a pro-active step towards adapting to the shifting market dynamics of the optical media industry, which have evolved in the last two years towards consolidation into a smaller number of larger market players within all major territories globally, said the firm.

In Europe, FTI has entered into distribution agreements with River Pro Audio to cover UK and Ireland, with Media Range to cover Northern Europe, and with Synoptic to cover Southern Europe.

The firm added that each distribution partner has specialist knowledge and distribution networks in their respective territories and the existing, long-standing relationship each partner currently enjoys with FTI was a key factor in their selection as partners.

Within China, FTI has entered into an agreement with Yuen Data Technology Limited, who will serve as the official distributor of FTI archival, medical and professional products for the Chinese market. The partnership has been effective since January 2018.

FTI’s new distribution agreements come shortly after two other important news were announced; earlier this month FTI confirmed the opening of FTI US LLC to serve the dual functions of further improving its customer service to its North American customers, as well as gaining a larger footprint in the territory, and during 2017 FTI entered into an agreement with Verbatim to act as Verbatim’s exclusive distributor for their optical media products within the GCC countries, Iran, Iraq and Lebanon.

FTI CEO Michael Gutowski said, “The optical media market has seen a number of partnerships and mergers take place in the last few years, and today we can see that the global future of the industry will be more heavily influenced by a smaller number of key companies as the sector moves towards a more consolidated position.

“FTI is one of those key market players, and given that our core strength is our professional focus and attitude, we have made the strategic decision to focus on being the number one global professional optical media manufacturer and made alliances with strategic distribution partners in our key market territories. This strategy will ensure that FTI is best positioned to take advantage of the current market consolidation and will place FTI’s products at the top of the scale as regards quality and reliability”.