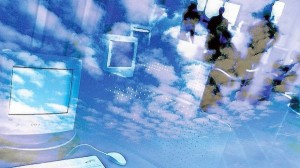 The rise of cloud is providing a good fit for disaster recovery, but is it ultimately changing the way organisations should approach it? CNME broaches DR in the cloud era.

Unlike many IT solutions, disaster recovery is not a difficult one to explain. No knowledge awareness is necessary, and it doesn’t take a whiteboard and several coffees to make management understand its purpose.

The trouble is, people tend to think a disaster won’t happen to them. Floods, hurricanes and earthquakes are the last things on the mind of CIOs in, say, Saudi Arabia, Qatar and the UAE.

Furthermore, traditional DR is expensive, often requiring a large upfront expense for the hardware, software and network infrastructure required across multiple sites. Not to mention the costs and complexities to manage and maintain the sites once complete, and the strain it puts on already overburdened IT staff.

As such, surely you’d rather spend your budget on one of those fancy Big Data appliances, or an exciting new mobility scheme, than invest it in something you’ll probably never need?

However, there is more to disaster recovery. Cyber-crime is nothing to scoff at, and nobody is safe. One minute, everything’s fine, the next your servers have been brought down by some weird group of hacktivists in a far-away country. Then you’ll really wish you had invested in disaster recovery.

Fortunately, cloud computing is on hand to save the day. With as-a-service being applied to almost all IT functions these days, it was only a matter of time before DR joined the bandwagon. Gartner predicts that over 30 percent of midsize companies will have adopted cloud-based DR, or ‘recovery-as-a-service (RaaS)’, by 2014.

Not only is RaaS providing a much easier and cheaper way to set up and manage DR, it also appears to offer more benefits.

“Another interesting finding coming out of reports is that roughly 22 percent of enterprises can only survive a few hours without having access to mission-critical IT resources, while 40 percent can only make it one or two days.”

The result of this is that traditional DR plans focus mostly on off-site back-up approaches. RaaS, on the other hand, makes use of the cloud’s elasticity and scalability to minimise cost and maximise benefits.

“With the ability to quickly spin up new virtual machines, in a disaster recovery scenario, the tenant would have the same benefits as hosting the fully specified systems on a 24/7 basis,” Sahni says.

With the thought of replicating all of an organisation’s data in an off-site location, there is no wonder why CIOs find the task so daunting. There’s even less wonder why RaaS is gaining such steam.

The brutal fact remains that the biggest disaster when a disaster occurs is not having back-up and recovery at all. The cloud offers permanent back-up space to replicate the data off-site, so nobody loses their job in the aftermath.

Cloud can also be used for fail-over for servers to a secondary data centre on even a different continent, says Dietrich Kanz, Managing Director, ConSol MENA.

“In this case, minimal disruption in services is thus achieved,” Kanz says. “However, these scenarios are very bandwidth-intensive, and the adoption for SMEs, for example, will depend on the affordability of high-bandwidth internet lines in this region.”

Rajesh Abraham, Director, Product Development, eHDF, notes that, whilst RaaS may be attractive to SMEs, other companies may hesitate.

“For large organisations that have mission critical data, they might prefer to use a physical dedicated secondary DR site with periodic or real-time replication based on their RTO and RPO requirements,” he says. “This is especially true in the case of banking and financial organisations, and other public organisations where the reliance on data is heavy.

“The downtime in the event of a disaster has to be minimal, and the loss of any data can amount to great loss for the business. For such organisations, the cloud may not necessarily change any strategy for them.”

But there are certainly a growing voice of others in the region who believe those hesitancies are misguided.
Even for those large enterprises that are already heavily invested in DR, cloud doesn’t dramatically change the situation, according to Savitha Bhaskar, General Manager, Condo Protego.

“Cloud can powerfully augment existing infrastructure and be embraced as appropriate,” she says. “Cloud shouldn’t be seen as a drastic, scary change — it should be a gradual and seamless evolution to greater efficiency, flexibility and cost savings.”
Kanz adds that it offers them a complimentary solution to build on what they already have.

“Cloud-based DR is not tied to a particular type of hardware, business size or industry, so can offer another DR option for companies,” he says. “They could use the cloud to protect certain types of data, or departments, to see how it works and scale up or down as needed.”

Indeed, the cloud also could be yet another DR layer, thus adding more safety for the company to protect and recover data, applications or systems.
But for those that do choose to take the full plunge, they will see the early-adopted benefits before others follow.

Initially they will see little difference. They will still have to perform a business impact analysis and a risk assessment before proceeding in setting their RTO and RPO requirements. But from then on, they will find RaaS a refreshingly simpler implementation compared to its tricky older brother, and save greatly on the cost sheet, too.

“As we are gradually shifting to the new cloud-based IT model, the entire philosophy on how organisations approach their information technology operations is changing,” Satni says.

“Recovery is now easier and more affordable because of the ability to replicate all aspects of a company’s infrastructure. From the network to every application, virtual servers store this information via the cloud, and it can be rapidly recovered.”

Ahmad Muammar, Systems Engineer Manager, Gulf, EMC, points to the major hold-back in adoption of traditional DR as the exact reason why RaaS will catch on.

“DR and BC often mean significant expenditure that doesn’t immediately reflect ROI or quick business returns,” Muammar says. “With the adoption of cloud models and pay-as-you-go services, this scenario is slowly changing as more enterprises will be able to leverage the benefits of these technologies without necessarily making the huge investments in their own infrastructure, or invest in dedicated resources to manage this infrastructure.

“Also, the shift from a CAPEX model and a big bang DR approach to an OPEX and service-centric approach, is more attractive for most of the customers.”

To that end, RaaS will continue to become more mainstream, even more so as more cloud service providers add it to their offerings.

As more and more applications are designed for cloud, the new approach to DR will become a lasting transition.

“Today, most people have to juggle multiple devices to access all their services,” says Cyril Voisin, Regional Technology Officer, Microsoft Gulf. “By storing their data and preferences in their own profile in the cloud, they can benefit from automatic backups, and data replication in multiple locations, while at the same time being able to use any device to access their data in a very flexible way.”

According to the Gartner report, the worldwide RaaS and business continuity market will experience a 55.2 percent compound annual growth rate from 2013 to 2018, increasing from $640.8 million to $5.8 billion during that time frame.

As large organisations see the benefits in a more gradual timeframe, it is thought the most drastic uptake will come from the SME organisations that have previously not been able to invest in DR.

“Cloud has already had quite a material impact on the DR landscape,” Kanz says. “It has made DR available and accessible to a broader set of businesses and consumers.

“It has helped and will continue to help to make DR more mainstream rather than just for medium and large enterprises. Cloud computing also does not require the use to have a skilled IT team.”