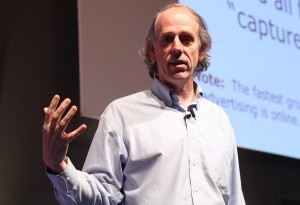 Teradata is pitching a new approach to big data, which allows organisations to embrace the technology in an easier and more affordable way. But Middle East IT executives must still up their knowledge of the necessary tools. Ben Rossi reports from Teradata Universe in Copenhagen.

The Middle East’s IT industry must up its awareness and knowledge of Apache Hadoop and SQL-H if it wants to capitalise on the true value of big data.

That was the general message at Teradata Universe in Copenhagen, where big data was very much top of the agenda.

Stephen Brobst, CTO, Teradata, acknowledged that the average IT executive in the Middle East may or may not know what Hadoop, and certainly doesn’t know what SQL-H, means to them, but they are both things that should now be in their vocabulary.

“Hadoop is something they ought to understand because open-source technology allows you to change the economics on gathering very large data,” he said.

Big data is gradually transitioning as a buzz term to a top priority for senior IT executives across the Middle East, who are looking to extract value from their data.

Apache Hadoop is an open-source framework that allows organisations to process large amounts of data, regardless of its structure, at a low cost, and has largely been attributed to driving the growth of the big data industry.

However, Hadoop has presented the industry with challenges related to security, standards, and most significantly, a lack of talent in data science.

“I do a fair amount of work in the Middle East and there are definitely countries that are more sophisticated than others – specifically in Saudi, Egypt, and to a lesser extent, the UAE,” Brobst said. “They are starting to explore the opportunities for using big data and open-source technologies to change the economics of dealing with this big data.

Teradata used its event in Copenhagen to unveil Teradata Enterprise Access for Hadoop, a solution which makes it the first company to offer business analysts streamlined and self-service access to Hadoop.

The solutions allows organisations to reach directly into Hadoop to find new value from data analysis and enable quicker and smarter strategic decisions, the company said. It enables data scientists to escape application development and work on high-value activities. They can also gain a better understanding of the data lineage.

“The result is an analytic environment capable of meeting the operational and strategic needs of thousands of users, running hundreds of applications, on any data, at any time.”

These new innovations enhance the ability of organisations to exploit all their data regardless of its type, the data company said during the announcement in Copenhagen.

“In Egypt, it’s a direct model, so operates as a subsidiary,” he said. “We are also doing the same thing in Saudi, where we are investing and opening a new country office. This is ongoing. We expect to be ready by June, and we already have people working on-site on back-end and development.

“For the UAE, we are working with our distributor, NCR. So we have a mixed strategy. The Middle East is an important development region for us. Last year, Egypt was very successful, despite the political situation, and we are looking to grow significantly in Saudi as well.” 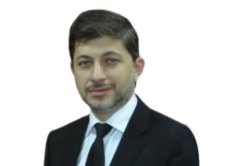 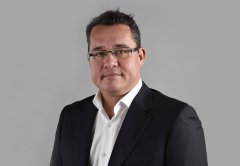