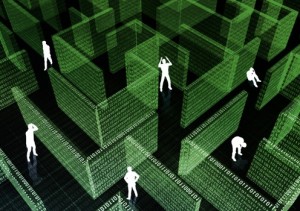 Vendors and industry leaders appear to have led the formation of an almost ubiquitous assumption that desktop virtualisation is something all organisations should be implementing across their entire IT environment. CNME investigates to what extent this assumption is misguided and why many Middle East organisations are refraining from VDI (virtual desktop infrastructure).

The world is going virtual, or so we are told. We’re told in particular that the enterprise is going virtual – but certainly in the Middle East, that doesn’t seem to be completely true.

Desktop virtualisation discards the traditional computing method of a desktop environment operating entirely and autonomously on a single physical machine. Instead, it opts for the client-server model, which acts as a distributed application to divide workloads between servers and clients.

The result is that, rather than the desktop being stored locally on a remote client, a virtualised version of the desktop is stored on a remote central server, allowing users to run an operating system and applications from a thin client, tablet or smartphone.

“The perceived value of VDI is to make end-user computing environments more secure, reliable and easier to support,” says Muhammad Ali Albakri, VP of IT, Saudi Arabian Airlines. “VDI promises to lower TCO due to the fact that several virtual desktops reside on one physical machine and the costs of IT PC support are dropped drastically because batches and upgrades are done centrally.  It also increases device usage flexibility since the user can access their virtual desktop from their home PC, tablet or smartphone.”

According to Dr. Hazem Turki El Khatib, IT Director, Department of Finance (Abu Dhabi), desktop virtualisation can be a valuable technology and solve several business problems.

Gartner research in mature markets indicates that 40 percent of mid-sized organisations were testing or deploying desktop virtualisation by the end of the third quarter this year, and predicts that 25 percent will virtualise one-third of their PCs by 2015.

A Forrester survey of senior-level IT decision makers in April 2012 found that 70 percent have embarked on a virtualisation or VDI program or plan to do so in order to provide users with access to applications and content from company-owned devices.

Furthermore, 61 percent said they have VDI plans that will enable a mobility or multiple-device strategy, and 30 percent intend the strategy to enable new business processes. Only one percent said their companies had no virtualisation plans.

However, whilst there are no readily available statistics for companies in the Middle East, Albakri estimates it to be a very low percentage in comparison.

“A lot of small and mid-sized organisations are testing or deploying desktop virtualisation. We believe companies in the Middle East are aware of the virtues of VDI but fear the serious challenges that accompany a wide scale implementation,” Albakri says.

Dr. El Khatib agrees. He believes VDI technology has matured in recent years, but there still remains key challenges and a serious commitment is needed at various levels in the organisation to ensure success.

“VDI is an infrastructure technology that can involve a substantial financial investment and a long-term commitment in order to realise ROI. Server virtualisation reduces the amount of equipment in the data centre, but with server-hosted virtual desktops, physical hardware must be added to the data centre,” he says.

Expanding on initial investment, Tamer Samir Aly, Sales Manager, GBM, says it will be 10-25% more than going for a usual refresh cycle for an existing desktop that has reached the end of its planned lifecycle, which is three to five years.

However, he adds that the ROI recovers over the first three years to reduce around 10-20% of the whole traditional desktop environment cost.

“The bulk of the initial investment is split mainly into servers, storage, thin clients (which has a lifecycle of six to seven years, much longer than PCs) and SW licenses for desktop virtualisation product and Microsoft operating system subscription licenses. However some vendors have solutions that are flexible in addressing customer needs and challenges, and can address those needs in a unique way to reduce the above costs even further,” he adds.

Virtualisation as a whole is generally seen as a prerequisite for cloud. However, Albakri actually points to cloud computing as a reason against deploying desktop virtualisation.

“Major software companies are investing in cloud based computing more than VDI. For example, SAP has invested $7.7 billion in cloud based applications,” Albakri says. “Also, major software firms including SAP, Microsoft and Oracle are investing heavily to deliver mobile applications directly to iPads and smartphones, maximising the benefits of the underlying mobile platform through dedicated app stores. Simply put, VDI is not the native way to provide corporate apps on mobile devices.”

He adds that assuming VDI is a solution for every company could lead to “severe consequences” and claims it not suitable for Saudi Arabian Airlines’ entire environment.

“VDI is an option among other options that aim at lowering end-user computing costs and provide corporate apps in the emerging mobile platforms. For a company the size of Saudi Arabian Airlines with thousands of users having PCs equipped with Microsoft Office and other premium productivity tools, and distributed in different geographical locations, replacing all PCs with virtual desktops is not a viable solution.”

Despite this, Saudi Arabian Airlines is currently conducting a POC with a major supplier to assess which areas and user segments can be best served through VDI initiatives.

Indeed, whilst desktop virtualisation does have its challenges and is not a universal solution, if implemented in the correct way and right areas, it is the way forward for many organisations. However, there are some areas to consider carefully before implementation.

“Robust profiles, ID and access management are required to manage the layered and controlled allocation of resources and working environment centrally. Stable data centres are required as all desktops are hosted centrally, and a solid network is key for success. A 24/7 service, in the form of a global helpdesk, is also needed to support users across the globe, and VDI storage requirements must be clearly understood and assessed at the onset,” Dr. El Khatib says.

He also delivers his general advice and points to four pillars that must be controlled as the implementation progresses.

“The pillar is strategy – what are the organisation challenges and priorities and how will the virtual desktop contribute? The second is architecture – what virtual desktop architecture (i.e. logical and physical) is relevant for the organisation? The third is governance, i.e. how to manage rollout, adoption, transition, training, uptake, ROI and sponsorship. And the final pillar is to have a roadmap to pace the initiative and ensure solid foundations are gradually established.”

Aly concedes that desktop virtualisation is yet to become mainstream, but with the costs and risks of the traditional desktop growing every day, he envisions more CIOs moving VDI up their priorities list.

“A combination of changes in costs, the rise in popularity of BYOD schemes and the increasing use of public and private clouds, means that now could be the time that the virtual desktop does become mainstream. The big advantage of desktop virtualisation is that it allows organisations to build easily scalable models while adding much more value than the existing traditional desktop, which is loaded with an operating system, applications and data files.”

It would be sceptical for any company to consider itself more of an expert on desktop virtualisation than Huawei, which stakes claim to the world’s largest desktop cloud.

Each person maintained an average of 1200 PCs, which cost Huawei around $764,000 per year. In addition, the labour costs wasted in waiting for unlocking reached around $903,000 per year.

“The traditional desktop system had a high failure rate and its operating system and application software had to be frequently upgraded. Maintenance personnel spent most of their time in installing and configuring desktop software and hardware and locating faults, which resulted in low maintenance efficiency and high costs. According to statistics, an average of 100 PCs require a full-time IT employee to manage and maintain.

“Each new employee needed to apply for a new computer and on average spent a whole day to install and configure the office desktop. This incurred the waste of labour costs of more than $751,000 per year. Some employees needed frequent changes in office locations and even entire department relocation because of organisational changes, office location changes and project changes, etc. Huawei spent more than $2,158,000 per year in traditional desktop relocation.”

Huawei began using desktop virtualisation in 2009, starting the roll-out at its research and development centre in Shanghai.

However, its successful implementation and positive feedback from users led it to turn the initial deployment into an entire programme, called the Huawei Desktop Cloud.

Now, over 100,000 of Huawei’s users across 30 countries can access the desktop cloud, 45,000 of its own engineers use the technology, and IT department employees can manage up to 1,000 virtual desktops, compared to just 100 PCs in the previous environment.

“Our own benefits from the Huawei Desktop Cloud project have been significant. Huawei made considerable savings by moving to a virtualised environment,” Childs says.

Electricity consumption in Huawei’s cloud data centre is 22MW, compared to 78MW in its traditional data centre, whilst CPU usage is more than 60%, compared to less than 5% previously, as computing and network resources are now being used more.

Whilst benefits are significant and clear, Childs admits the implementation did not come without its challenges.

“Building the world’s largest desktop cloud platform was challenging because of the scale required because of the extent to which it transformed the way we worked traditionally,” he says.

“As well as the technical requirements of building the virtual machines and the intelligent network topology that allows users to connect networks from anywhere at any time, and allows network administrators to dynamically adjust network resources, we have faced broader business challenges from deployment on such a large scale. These include giving IT employees the tools to manage the new platform, and deciding where and with whom (both geographically speaking and from the point of view of the organisation’s internal structure) access to, and responsibility for, the platform should reside.”