Abu Dhabi Global Market (ADGM) has announced that FinTech Abu Dhabi’s global tour will be reaching even more cities ahead of the main event in Abu Dhabi in October 2019. 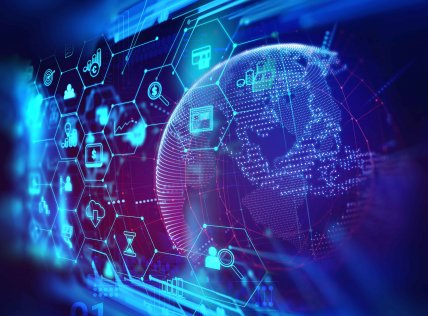 The FinTechAD Tour, which is co-organised by the ADGM and Unbound, will be visiting global financial hubs to identify the most exciting FinTech start-ups and talent in the world today. New tour dates have been added to the global itinerary including Frankfurt, 9th September; Milan, 10th September; Luxembourg, 12th September; Amman, 15th September; Cairo, 16th September; Riyadh, 17th September; and Casablanca, 19th September.

Wai Lum Kwok, senior executive director (Capital Markets), Financial Services Regulatory Authority of ADGM of ADGM, said, “ADGM is excited that FinTech AD Tour has been gaining strong traction and support globally and in the various cities. The calibre of participating FinTech companies and entrepreneurs has been very impressive and it reveals how advanced and innovating the respective FinTech communities in each city that we have toured.  FinTech Abu Dhabi Tour is an integral component of FinTech Abu Dhabi Festival. As an International Financial Centre and a FinTech Hub in MENA, ADGM is committed to do what it takes to nurture emerging tech and FinTech enterprises to thrive and grow locally in Abu Dhabi and globally. We look forward to meeting up with more FinTechs in the new cities soon.”

The winners of each leg of the FinTechAD Tour will form part of the FinTech 50 which includes pitching their solutions to an international audience of financial institutions, regulators, corporates and media at ADGM’s flagship event on 21st to 23rd October – FinTech Abu Dhabi (FinTechAD).

FinTech 50 firms can also enter the FinTechAD Innovation Challenge where FinTech firms are selected to solve real industry issues and problem statements affecting Abu Dhabi and the region. Selected winners of the FinTechAD Innovation Challenge will also benefit from the opportunity to relocate their business to Abu Dhabi and qualify for various entrepreneur support programmes, funding schemes, and collaborative projects with corporate champions to scale and deploy their solutions out of Hub71 – the tech hub in ADGM.

Throughout August and September, new tour dates announced include: Frankfurt, Milan, Luxembourg, Riyadh and Casablanca. Ultimately, the tour will visit 18 cities across Asia, Europe, the Middle East and North Africa.

Daniel Seal, Founder and CEO of Unbound, said, “The tour has got off to a fantastic start with our opening events in Singapore, London, Kigali, China and Central Asia. We have already witnessed so much talent and innovation and can’t wait to see what the other cities have to offer.  The FinTech Abu Dhabi Festival, supported by Unbound, has seen huge interest already which will only grow over the coming months. As an entrepreneur, I’m delighted to be involved in a project that serves to elevate grassroots talent and celebrate the boldest ideas and initiatives driving the FinTech industry.”