The Department of Health Abu Dhabi (DoH) has issued a recommendation for parents to limit their children’s gaming hours to up to two hours per day under supervision, provided the gaming content is educational and interactive, WAM reported. 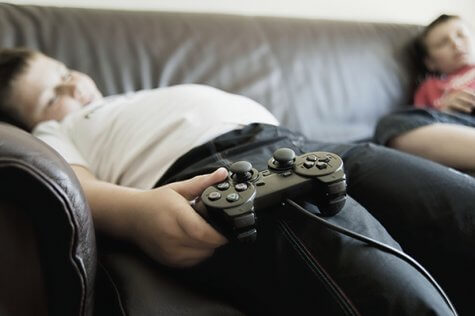 As recommended by the American Academy of Pediatrics, AAP, children under the age of two should not have any screen time, as overexposure to screens may harm the child’s physical and mental development.

Results of the 2015 Global School-based Student Health Survey, GSHS, showed that approximately 56 percent of school students aged 13 to 15, spend more than three hours a day playing video games or watching television, whereas the percentage reaches close to 63 percent with children aged 16 to 17 years.

Dr. Jamal Al Mutawa Al Naqbi, Manager of Community Health and Surveillance Department at the DoH, said, “In an era of ubiquitous technology that surrounds our lives whether at home or at school, children have become especially more engrossed in using technology nowadays that it has become almost impossible to unplug completely. However, it is essential to find the right balance between children’s use of technologies, especially long and excessive hours of gaming, and more healthy and active pursuits. Despite the few positive effects associated with gaming such as strategic thinking, problem-solving, their negative consequences far outweigh them. Back and wrist pain, eye strain, headaches, stress, physical exhaustion, sleep disturbances and obesity are among the most common health problems associated with prolonged gameplay.”

“Parents are role models who set an example for their children to develop better habits. They are responsible for limiting the hours their children spend using video games and encouraging young ones to engage in social and sports activities that nurture their mental and physical wellbeing,” Al Naqbi added.

Additionally, sitting in uncomfortable positions for extended periods of time can lead to back and shoulder muscle strains, fatigue, poor blood circulation and muscle and joint pain.

It has also been reported that children who are addicted to video games are more prone to stress which directly impacts their organs, such as eye strain resulting from prolonged exposure to bright television or computer screens, which causes the eye to produce less moisture.

The DoH has ascribed obesity problems in children with video game addictions to spending excessive time on gameplay and less on physical activities. Despite ongoing studies on the influence of the excessive use of video games on children’s psychological health, the DoH believes that these children can suffer behavioural, psychological and social disorders such as isolation, social anxiety, general anxiety, depression and poor academic performance as a result.