Huawei Cloud has officially launched its Blockchain Service (BCS) for global use, after launching it for commercial use in China last month. 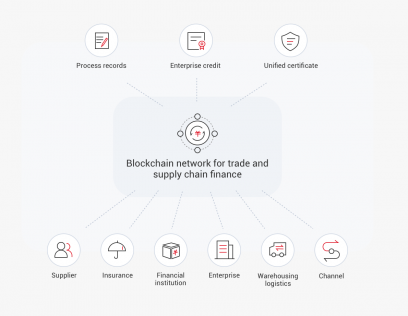 Blockchain features decentralization, tamper resistance, and traceability, and builds trust between transaction participants. As such, blockchain generates value when used in enterprise applications in specific industry scenarios. Enterprises in various industries are currently exploring the applications of blockchain, but deploying a blockchain on a cloud is no mean feat. Indeed, developers need to have a thorough understanding of blockchain technologies. Deployment is also time-consuming.

As early as 2016, Huawei joined Hyperledger, the most influential open source project in the blockchain field, hosted by the Linux Foundation. For its continuous technical and code contributions in two sub-projects, Fabric and STL, Huawei has been recognized as a key Hyperledger maintainer. Huawei is also the only maintainer from Asia in these sub-projects.

BCS aims to capitalise on the advantages of the Huawei Cloud container and security technologies and according to the company, is easy to use, efficient, and universally applicable. It can be used in data applications, the Internet of Things (IoT), finance, and other fields. The scenarios it can be used in cover data transactions, identity authentication, proof of information (such as real estate and education), remote healthcare, food source tracing, the Internet of Vehicles (IoV), and IoT device management. It offers substantial assistance for establishing a technological ecosystem and digitally transforming industries.

Huawei Cloud will focus on developing its blockchain platform to offer technical support for enterprises that develop blockchain applications and solutions.

According to the company, some of the key advantages are that it has a built-in compliance with Hyperledger Fabric 1.1 and Kubernetes, featuring a simple configuration, deployment in minutes, and automatic multi-angle E2E O&M; Multiple efficient consensus algorithms (5,000+ TPS) and flexible switching, dynamic joining or quitting of multi-role nodes and members, and container-based physical resource management.

It is also said to offer significant cost advantage with lower development and deployment costs, pay-per-use convenience, reduced O&M costs with unified management, and auto scaling and upgrade/rollback on demand.

The service also brings with it security advantages through complete management and isolation of users, keys, and permissions; multi-layer encryption and privacy assurance and fully demonstrated cyber security infrastructure.

According to Huawei, using BCS, a company can establish a blockchain system perfectly suited to its own business in just 5 to 10 minutes.