Huawei unveiled its Mate 20 and the pro variant. Sales to start from November 7. Those who want to flaunt a Porsche design version will have to wait for three months 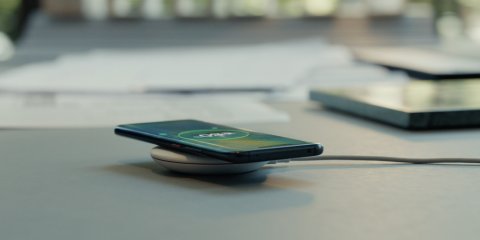 Chinese smartphone manufacturer Huawei yesterday unveiled its big brother smartphones, the Mate 20 and the Mate 20 pro along with a smartwatch that can last fort two weeks and has a built-in GPS tracker. Pre-orders for the mate devices have started, and when you do so don’t forget to get the watch for free.

The highlight of the launch was the two latest Mate devices, which along with its P series devices, are being used by the company to position itself as a leading player in the premium segment (devices with a US$600 plus price point.)

Clement Wong, global product marketing director, Huawei Consumer Business Group, who was in Dubai for the launch told Tahawultech that the company’s strategy in 2019 would be to get into the top three segment in the premium device category.

According to him, the next P-series device will come with greater technology and will be one of the “most innovative devices,” he said. “We are working on it. I cannot reveal additional details,” he added.

“We are focused on enhancing our position as one of the top three players within the US$600 plus premium segment. Most of our investment in the coming year will be geared towards achieving this goal,” he added. 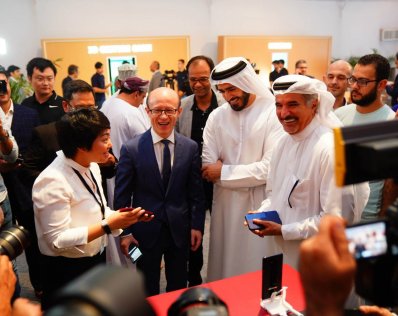 Huawei has priced the Mate 20 at Dhs2,599 (US$707) and the Mate 20 pro at Dhs3299 (US$898). The device will be rolled out into retail stores on November 7. Etisalat customers can however get the devices on monthly installments starting from Dhs108 for Mate 20 and Dhs137 for Mate 20 pro. Etisalat is also offering six months free Starz Play subscription. If you are an existing du customer you can get a Mate 20 by paying Dhs105 for 24 months and Dhs210 for 12 months. Both prices are excluding VAT.

The Mate 20 series comes with what the company claims is the ‘industry’s most powerful and sophisticated process technology,’ thanks to the in-house chip Kirin 980 that is built using 7nm process incorporating the powerful Cortex-A76-based CPU and Mali-G76 GPU.

According to Huawei, Mate 20 series has the latest chipset, which in comparison to Kirin 970 is 75 percent more powerful; is the world’s first smartphone to support the 4.5G LTE Cat. 21 standard, with download speeds of up to 1.4Gbps; supports the world’s fastest Wi-Fi connection speeds – 2GB footage in 10 seconds; and supports dual-band (L1+L5) GPS positioning technology.

The Mate 20 and pro, both come with 6GB of RAM and 128GB of storage. Both devices boast of some enhanced features such as super charge, wireless quick charge and Leica ultra wide angle lens.

The Huawei Mate 20 Pro is equipped with a 40MP main camera, a 20MP ultra wide-angle camera, and an 8MP telephoto camera. Together, they support a wide range of focal lengths. The HUAWEI Mate 20 Series also features an AI portrait color video mode.

The Mate 20 pro comes with a 4200mAh battery, which can charge upto 70 per cent in 30 minutes. The pro model also supports 15W Huawei wireless quick charge, which the company says is the industry’s fastest wireless charging solution.

The Mate 20 pro also acts as a wireless charger for other devices such as the iPhone.

The Mate 20 series also features an in-screen fingerprint sensor, which can pinpoint the location of a user’s finger on the screen, and remove the on-screen prompt immediately when a user removes his or her finger.

Huawei also unveiled the Mate 20 pro with a Porsche design. However, the device is expected to roll out only during the next quarter.

The launch event was held at the Burj Park overlooking the iconic Burj Khalifa. The evening’s highlight was the lightworks, which lit the world’s tallest tower with the Huawei logo and showcasing the new models. Issam Kazim, CEO, Dubai Corporation for Tourism and Commerce Marketing was present at the launch event.