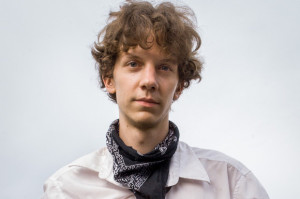 A member of the hacker group Anonymous was sentenced Friday to 10 years in prison for hacking into the computers of a geopolitical analysis firm.

Jeremy Hammond, 28, in May pled guilty to one count of conspiracy to engage in computer hacking under the Computer Fraud and Abuse Act. He was sentenced by Chief U.S. District Judge Loretta Preska during a hearing at the federal district court for the Southern District of New York.

Hammond, of Chicago, was arrested in March 2012 and charged with hacking into the computer system of analyst company Strategic Forecasting, also called Stratfor, and obtaining subscriber and credit-card information and emails, among other data. Ultimately, credit-card details, emails and cryptographic representation of passwords were leaked. The credit cards were used to make US$700,000 in purchases.

The sentencing was attended by supporters who view Hammond as a whistleblower revealing government secrets for the public good, in the same mould as WikiLeaks and former U.S. government contractor Edward Snowden. Hammond’s lawyers argued that his acts were a form of civil disobedience against a government subcontractor, an argument Preska rejected.

Hammond was previously sentenced to jail time for a minor hacking incident when he was 19, and has gone by the names “Anarchaos,” “sup_g,” “burn,” “yohoho,” and others. He is the latest in the string of prominent hackers associated with Anonymous and hacker group LulzSec to be sentenced to jail time. The groups went on a hacking spree in 2011, breaking into servers and defacing websites of law enforcement agencies, private organisations and companies. The groups hit organisations such as the U.S. Federal Bureau of Investigation and the U.K.’s Serious Organised Crime Agency and bragged about their hacks on Twitter.

During the hearing, Hammond portrayed himself as a whistleblower, and said his hacks were intended to expose government secrets, data gathering and surveillance. Hammond’s lawyers likened him to Daniel Ellsburg, who exposed secret government documents in the 1970s about the Vietnam War in the name of the public interest.

Hammond admitted to breaking into servers of law enforcement agencies, private organisations, and companies that he said collaborated with government surveillance.

“I felt I had an obligation to use my skills… to bring the truth to life,” Hammond said, adding that he believed government surveillance was exacerbated by the wars conducted by the U.S. started in 2001.

Hammond said he took to the streets to demand change, but became frustrated with civil protest, then took to hacking as a form of protest. He said he joined Anonymous because he liked its decentralised style of operation, which he described as a “digital dissent movement.”

Hammond then associated with a band of Anonymous and LulzSec hackers to break into many servers, including those of Stratfor. Beyond Stratfor, Hammond admitted that intrusions he was involved in affected thousands of domains in many countries. Ultimately the FBI arrested him and other hackers involved in the Stratfor hacks with the help of LulzSec leader Hector Xavier Monsegur, also called “Sabu,” who collaborated with the FBI after his arrest in 2011.

Hammond’s lawyers said the purchases made from credit cards obtained via hacks were not for personal gain, but for good purposes such as donations to nonprofits, which the prosecutors agreed with.

“Sometimes laws must be broken to make room for change,” Hammond said, to address “the hypocrisy of law and order.”

Hammond recognised his crime but said that his intent wasn’t to harm others.

“It is time for me to move on to other forms of seeking change,” Hammond said.

Preska said Hammond, wasn’t a civil rights leader like Martin Luther King or Nelson Mandela, a U.S. patriot like John Adams or even a whistleblower like Daniel Ellsburg. Hammond broke the law, his crimes caused damage and losses and there are consequences to committing crimes, she said.

“Mr. Hammond thinks of himself as a modern-day Robin Hood,” Preska said, adding that some of his hacks to private organisations had no political motive.