Apple boasted Monday that it sold 9 million iPhone 5s and 5c smartphones over the weekend after launching the devices on Friday, Sept. 20. The company sold over 5 million iPhone 5 phones on their first weekend of availability about a year ago. 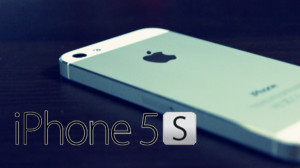 Apple watchers on Wall Street anticipated the company selling between 5 and 8 million of the new 5s and 5c phones over the weekend.

The company says its orders have exceeded initial supply and that orders will be filled in coming weeks in the United States and other countries where the phones are available, including Australia, Canada and China.

“The demand for the new iPhones has been incredible, and while we’ve sold out of our initial supply of iPhone 5s, stores continue to receive new iPhone shipments regularly. We appreciate everyone’s patience and are working hard to build enough new iPhones for everyone,” said Apple CEO Tim Cook in a statement.

The iPhone 5s (starting at $199) is the company’s new high-end model, featuring an Apple-designed A7 64-bit chip, 8 megapixel camera and fingerprint-operating Touch ID authentication system (which a German hacking group now says can be cracked).

The iPhone 5c (starting at $99) is the lower-end version, and comes in an array of colors. Though the iPhone 5s comes in more colors than its predecessors, too, with Apple adding gold and silver to the mix.