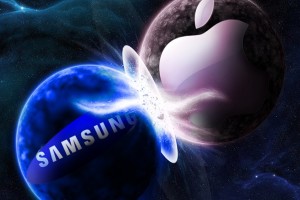 A jury has ordered Samsung to pay US$290 million to Apple for infringement of several of its patents in multiple Samsung smartphones and tablets.

The verdict, reached on the third day of deliberation by the eight-person jury, is less than the $380 million Apple was demanding for the infringement, but much more than the $52 million that Samsung had suggested.

Apple got the entire amount of lost profits and royalties that it wanted and most of the cut of Samsung’s related profits..

The verdict represents a second victory for Apple in its multi-year patent fight against Samsung in the U.S. District Court for the Northern District of California.

Last year a jury in the same San Jose courtroom ruled Samsung should pay just over $1 billion for infringement of five Apple patents in multiple Samsung phones and tablets. But afterward, Judge Lucy Koh ordered a new trial to reconsider $450 million of the damages after finding the previous jury had applied an “impermissible legal theory” to its calculations. Thursday’s verdict is the result of that new trial.

“For Apple, this case has always been about more than patents and money,” Apple said in a statement. “It has been about innovation and the hard work that goes into inventing products that people love. While it’s impossible to put a price tag on those values, we are grateful to the jury for showing Samsung that copying has a cost.”

Samsung said, “We are disappointed by today’s decision, which is based in large part on a patent that  the U.S. Patent and Trademark Office has recently deemed invalid.” It said it would continue to move forward with post-trial motions.

Jurors spoke of initial disagreement on several of the key issues in the case.

“We really butted heads on some of the issues and said to ourselves, if we can’t agree on this then we might as well go to the judge and tell her we’re hung,” said Colleen Allen, an emergency room nurse who served as jury forewoman, in an interview outside the courthouse.

But the jury, which originally thought it might have to work until Friday or Monday, worked through the evidence and expert testimony, slowly moving toward their unanimous verdict.

In the end, Samsung just didn’t present enough evidence to back up its case, several jurors said.

Over the course of the five-day trial, Apple argued that it would have sold hundreds of thousands more iPhones had it not been for Samsung’s infringement, and therefore was owed hundreds of millions of dollars it alleged Samsung made in profit from sales of the infringing devices.

Samsung presented market research surveys conducted by Apple and third parties that showed a myriad of reasons why people bought its phones, including the large screens, longer battery life and close integration with Google. It argued that the presence of the patented Apple technology wouldn’t have changed these purchase trends and so Apple lost no sales.

“Not even one person? That was hard to believe,” Allen said.

The case has been shadowing a fierce battle between Apple and Samsung in the smartphone marketplace. At the end of the third quarter, Samsung enjoyed a 32 percent share of the global market compared to Apple’s 12 percent, according to figures from Gartner.