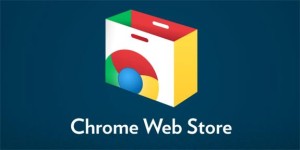 While important, Google’s new policy of scanning apps for malware before making them available on the official Chrome Web Store falls short of providing maximum protection, one expert says.

The latest move is a basic security feature that should have been in the online store when it became available in 2010, said Randy Abrams, research director for NSS Labs, which specialises in testing security systems.

“This is something that should have been in place from the get-go, if Google was thinking about security,” Abrams said on Tuesday.

To protect browser users further, Google should also vet developers for reputation and make it a point to know each one, Abrams said. While scanning is necessary, some cyber-criminals will find ways to circumvent the technology.

“Knowing who the [developers] are and where to find them is a real deterrent to submitting malicious software,” Abram said. “If someone knows that there’s a good chance of getting caught, that becomes a deterrent.”

In May, NSS Labs tested the major browsers for their ability to block malware downloads. The researcher found that Microsoft’s Internet Explorer (IE) 10 blocked nearly 100 percent of malicious downloads, followed by Chrome at about 83 percent. Mozilla Firefox and Apple Safari were far behind, at about 10 percent.

Google has demonstrated ambitions of developing Chrome into a Web-based platform alternative to Microsoft Windows and Apple Mac OS X. The company introduced early this year a touch-based Chromebook Pixel laptop that had Google Search, Gmail, YouTube, Maps and Google+ Hangouts integrated into the operating system.

Always looking for ways to promote Chrome as a platform, Google recently made it possible to drag-and-drop Chrome apps into the Windows taskbar for easy access, GigaOM reported.

The Chrome browser has become a top challenger to IE among information workers in companies, says Forrester Research. A survey of workers found roughly 40 percent using IE, and 32 percent Chrome.

However, browser usage numbers do not necessarily mean companies have standardised on the software. Many employees use the browser of their choice on their own computers, which they also use for work.

Constantly improving Chrome security is key to driving its use in business. However, Google’s dependence on gathering data from its users in order to feed its advertising business is likely to hamper Chrome use in businesses dependent on proprietary information, such as analysis firms, think tanks and manufacturers, Abrams said.

“Pretty much using any Google product is at least sharing the keys to the kingdom, if not giving them away,” he said. “Google has very, very intrusive [licensing] agreements that take a lot of liberties with consumer and business data.”