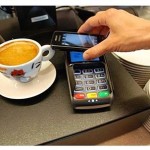 CaixaBank adds 8,500 ATMs where smartphones, wearables can be used to withdraw cash.

Fujitsu is set to manufacture 8,500 contactless bank machines for Spain’s CaixaBank, a move that may help move the technology to the mainstream.

The machines use NFC (near field communication) contactless readers to allow users to withdraw cash with smartphones or wearable devices.

“CaixaBank is the world’s first financial entity to add this revolutionary technology to its cashpoints, allowing customers to withdraw cash without having to insert their card,” the bank said in a statement. It first announced contactless ATMs (automated teller machines) in a limited deployment in 2012.

Dubbed Punt Groc terminals, the ATMs were custom-designed with input from CaixaBank customers and feature a dual-screen layout for transactions and support.

The 8,500 terminals will be installed over 10 years beginning this year.

Despite the allure of being able to withdraw cash by waving a smartphone, ATMs with NFC readers have not been deployed widely, partly because of issues with interoperability.

CaixaBank and Fujitsu Frontech did not immediately responded to requests for more information.