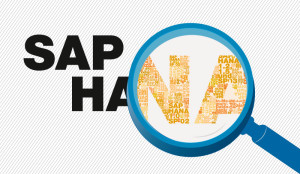 The MOOC will explain the ins and outs of running SAP’s Business Suite on HANA, as well as the impacts that will have on different lines of business and industries, SAP said Thursday.

Enrollment in the four-week course, which begins April 9, is free. It will require between two and four hours of participation per week, and will be taught in English, according to SAP’s website.

While SAP initially pushed HANA as a platform for analytics, in 2013 it completed porting the software to support Business Suite’s transactional workloads as well.

SAP is intent on convincing customers now using Oracle’s database and other products underneath the Business Suite that HANA provides a simpler, more powerful solution.

Some 800 customers were running the Suite on HANA by the end of 2013, SAP has said. But this only represents a small fraction of SAP’s total ERP customer base. Winning the hearts and minds of business users, who are crucial elements in any successful implementation or migration, is critical if SAP is to significantly grow the number of Suite on HANA customers.

The new course arrives after last year’s launch of a MOOC aimed at helping developers learn how tocreate applications on top of HANA.

Since then, the course has had more than 80,000 participants, according to SAP. More than 200,000 in total have enrolled in all eight SAP MOOCs, the company said.

“The future of SAP is on HANA,” said analyst Ray Wang, founder and chairman of Constellation Research.

SAP’s last major revision of the Business Suite was in 2009 with version 7. Since then, it has released a series of “enhancement packs” which provide new features without the pain and expense involved in a full-blown upgrade.

But there has been little indication SAP plans to undertake a major rewrite of the Suite from the ground up.

Instead, customers “are now getting a new platform on HANA,” Wang said. SAP is now offering a HANA-based hosting service for the Suite, and is also building out a series of PaaS (platform as a service) capabilities for HANA.

The next major steps in SAP’s HANA strategy will likely be revealed at the upcoming Sapphire conference in June.