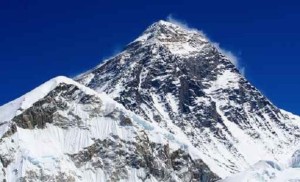 The two firms demonstrated a series of new 4G services at a ceremony marking the launch of the service last month – including streaming live HD video from a Mount Everest base camp to the event venue.

“We are very excited to make this possible, and look forward to working with more operators worldwide to bring high-speed mobile broadband services anytime and anywhere,” he said.

This is not the first time that Huawei has worked with China Mobile to bring mobile coverage to Everest. In 2007, the two companies worked together to provide GSM services ahead of the 2008 Olympics Games torch relay.

The GSM base stations at the Mount Everest base camp have operated smoothly ever since and continue to provide visitors with 3G mobile services, according to Huawei.

The company is still struggling to win approval in the UK and the US, due to its close ties with the Chinese government. Huawei’s founder, Ren Zhengfei, is a former Red Army officer, but the company denies receiving any financial support from the government.

Huawei has been banned from doing business in the US and blacklisted from Australia’s critical national infrastructure, but in the UK the company supplies equipment to BT, TalkTalk, O2 and Everything Everywhere.

In a damning report released last month, MPs on the parliamentary intelligence and security committee highlighted concerns that Huawei could be involved in spying on UK domestic communications.