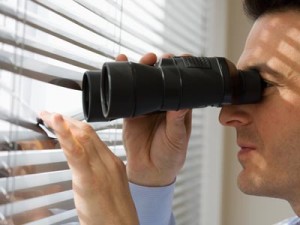 More than 40 privacy, civil rights and religious groups have called on President Barack Obama’s administration to provide a “full public accounting” of long-time email surveillance of prominent Muslims living in the U.S., following a news report detailing the spying by the U.S. National Security Agency and FBI.

The Intercept on Wednesday published a story showing surveillance records at the NSA targeting five prominent Muslim Americans, including a Rutgers professor, a lawyer and the executive director of the Council on American-Islamic Relations [CAIR], a Muslim civil rights group. The NSA and FBI are secretly snooping on several other Muslims living in the U.S., the story said.

More than 40 groups – including CAIR, the American Civil Liberties Union, Amnesty International, Free Press, and the Presbyterian Church U.S.A. – sent a letter to Obama Wednesday and called for his administration to strengthen protections for civil liberties and human rights.

The U.S. government “has an obligation to explain the basis for its actions,” the letter said.

The U.S. Department of Justice and U.S. Office of Director of National Intelligence issued a joint statement saying that U.S. intelligence agencies do not conduct electronic surveillance as a way to “suppress criticism” of the government.

“It is entirely false that U.S. intelligence agencies conduct electronic surveillance of political, religious or activist figures solely because they disagree with public policies or criticise the government, or for exercising constitutional rights,” the statement said. “Our intelligence agencies help protect America by collecting communications when they have a legitimate foreign intelligence or counterintelligence purpose.”

U.S. intelligence agencies, in non-emergency cases, must have a court order to target any U.S. resident with electronic surveillance, the statement continued.

“These court orders are issued by an independent federal judge only if probable cause, based on specific facts, are established that the person is an agent of a foreign power, a terrorist, a spy, or someone who takes orders from a foreign power,” the statement added. “The United States is as committed to protecting privacy rights and individual freedom as we are to defending our national security.”