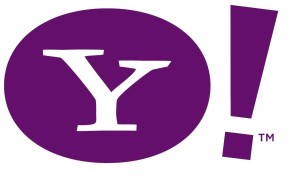 In an effort to escape its pre-existing search agreement with Microsoft, Yahoo is fast-tracking an effort to develop search technology, according to a report from Recode.net.

It said that that Yahoo has launched two projects, “Fast Break” and “Curveball,” with an eye toward – eventually – developing a search engine, the site reported. But the timing is extremely aggressive: just three to four months to build out the programs, the site reported.
What Curveball and Fast Break are isn’t exactly known. But what’s been much more obvious is how Yahoo has chafed under the terms of its contract with Microsoft.

Under a 2009 search agreement that began in February 2010, Microsoft guaranteed Yahoo a certain amount of revenue per search on its properties for 18 months. That was compensation for Yahoo’s exiting search and signing a deal for its sites to be powered by Microsoft’s Bing search technology.

However, Microsoft then fell almost continually short of its obligations under the deal, prompting Yahoo executives to note, in continuous earnings reports, that Microsoft wasn’t meeting its commitment.

In April of last year, Yahoo and Microsoft agreed to a one-year extension of the deal, but only in the United States. That deal would expire on April 1, 2014 – about the time that “Fast Break” and “Curveball” would be scheduled to be completed.

And as for Yahoo’s thoughts on search? This week, Yahoo’s Mayer was asked about reviving either its own internal search program, or resurrecting “Panama,” a 2006 ad program designed to more accurately weight paid ads on a number of characteristics, rather than just on advertiser bids.

“Overall in terms of search, we completed the transition this past quarter of our Panama platform so and by in large part it is now been shut down,” Mayer said during a call in conjunction with Yahoo’s fourth-quarter earnings. “As we mentioned in the previous question, search is very strategic for us. We’re long in search and we do intend to continue to invest in the search user experience and in really making sure that Yahoo users on the network ultimately, really gather tremendous experience.”

Is Yahoo developing a fully-fledged search engine? The aggressive timing of the programs would seem to argue against it. Yahoo’s search strategy, since the Bing transition, has been to encourage users to “search” by showing them articles and other topics related to what they’ve viewed before.

It does make sense to monetise ads by leveraging what Yahoo knows about a given user’s searches to show more related content. In any event, it looks like Yahoo will show off its next-generation search strategy near or at the end of March.