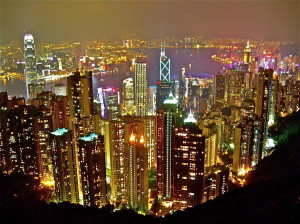 More than 20 industry organisations support a petition that urges the Hong Kong government to establish the Technology and Communication Bureau, according to Charles Mok, Legislative Councilor (IT Constituency) and petition organiser.

The petition demands the Chief Executive to address the issue by providing a timeline and work plan for establishing the TCB in his upcoming Policy Address, which is scheduled to be announced next Wednesday.

“The goal of this petition is to show the government and other Legco members that the IT industry collectively supports to set up the TCB,” said Mok. “I’d like to collect as much support as possible within a short time to show the eagerness among local IT pros toward the TCB.”

Apart from the 20-plus industry organisations, Mok is also seeking individuals’ support through an online petition Web site, which indicates close to 300 signatures, at press time.

The petition was organised over the weekend after local newspaper Ming Pao reported that Executive Council member Fanny Law has been approaching Legco members and political parties in regarding the establishment of TCB.

Mok told Computerworld Hong Kong that he was also approached by Law in the past few months.

“The government appears to understand the significance of establishing the TCB,” said Mok. “But they are concerned with the political controversies related to this topic.”

The plan to establish TCB was first proposed by Chief Executive CY Leung during his election campaign was presented to the Legislative Council as part of overall re-organisation of the government secretariat in 2012. The proposal stirred controversial debate and was later withdrawn.