Hoping to generate more apps for its mobile platform, Microsoft has launched an online tool that could allow even non-developers to create new programs for Windows Phone 8. 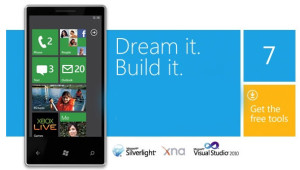 The tool, called Windows Phone App Studio, is free to use and in beta now. Microsoft designed it to be as easy to use as possible, even allowing people to create mobile apps without writing any code.

“We’ve heard from many potential Windows Phone developers who have great ideas, but who might not have the coding skills to create an app using standard development tools,” wrote Todd Brix, Microsoft general manager for Windows Phone Apps and Store, in a blog post announcing the new tool.

The App Studio runs in a Web browser and is optimized for Internet Explorer 10. It has a number of templates that can serve as launching points for creating apps. Users provide addresses to data sources, such as image galleries and Twitter feeds. They can create new sections and then order those sections by dragging and dropping them across the visual interface. They can also customize the app with a color palette and uploaded images.

Windows Phone App Studio provides pre-built functionality for many common app tasks, such as saving data and sharing it with other parties. The software provides a depiction of the app on the right side of the browser as the app is being built.

The Studio can generate the app so it can run directly on a phone, or provide the source code so it can be further developed in Visual Studio or some other advanced IDE (integrated development environment).

To further aid in app creation, Microsoft now allows developers to unlock and register one phone in order to load two apps, so they can sideload and test their apps.

Microsoft is no doubt trying to make it easier for developers to create new apps in order to make Windows Phone devices more appealing to potential users.

Microsoft hosts more than 145,000 apps in its Windows Phone app store, while Android has more than 819,000 apps and Apple has counted more than 900,000 apps for its iPhone and the iPad.

Sales of phones running the Microsoft Windows Phone OS seem to be picking up, though they still trail Android and Apple iPhones by a wide margin. In the second quarter of 2013, 182.6 million Android phones and 31.2 million iPhones were shipped, compared to only 8.9 million Windows phones. That was up from 5.6 million Windows phones in the same period last year, according to data from Strategy Analytics.