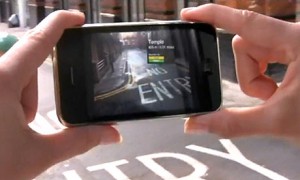 The latest version of Metaio’s development tool Creator will make it easier to add new content to augmented reality, thanks to the company’s cloud platform.

Augmented reality allows computer-generated content to be superimposed over a live camera view of the real world. For example, an application can add virtual signs showing where buildings are or add extra content on top of ads in magazines or onto products themselves.

The result can be exported to native apps on Android or iOS, or launched directly in the Junaio mobile AR browser, Metaio said.

Version 2.5 of Creator includes Metaio Cloud, which allows content to be swapped and pushed to users in real-time without having to worry about updating and resubmitting apps, according to Metaio.

The new version of Metaio Creator also has an updated user interface.

Metaio Creator version 2.5 is available to download for Mac OS X or Windows, and users can choose between either a limited free version or a full version that costs US$530.

When augmented reality was over-hyped two years ago interest in it waned, but it now seems to be making a comeback.

The growing interest was underlined at Metaio’s insideAR conference earlier this year in Munich. The event attracted approximately 500 participants, which was twice as many as last year, the company said at the time.