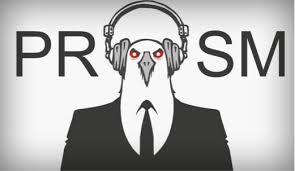 A report [PDF] from The Information Technology & Innovation Foundation (ITIF) has revealed how the domestic spying system could cause the U.S. cloud computing industry to lose between $22 and $35 billion over the next three years. This is a direct result of the PRISM program, an “immediate and lasting” problem that will grow larger and larger “if foreign customers decide the risks of storing data with a U.S. company outweigh the benefits.”

Cloud computing services are red-hot worldwide, and to date the United States has been the leader in these on the global stage. The ITIF reports that $13.5 billion in investments was pumped into U.S. cloud computing companies in 2011 alone, with nearly half of that coming from overseas. Today, about half of all spending on cloud services comes from U.S. sources, with the remainder originating from the non-U.S. market.

But now that PRISM is public, what happens next is really just a question of how severe the backlash against PRISM gets. While the public doesn’t know the full scope of the system yet, PRISM conceivably could intercept and monitor any piece of data stored on any cloud server in the country, and that’s giving all kinds of customers reason for concern. While Americans are unlikely to defect en masse (if you live here, the standard sentiment goes, PRISM is going to get you one way or another), foreign users are far more suspicious. Will the United States use PRISM to stifle foreign competitors or steal trade secrets? ITIF doesn’t call the grand panic over PRISM “paranoia” so much as “nationalistic hyperbole.”

For small businesses, the impact may be harder to calculate but it could ultimately be far more devastating. Even if your company doesn’t actually provide cloud computing services itself, it’s likely that, in some way, your company relies on them, whether that’s for simple email, data storage and backup, CRM, or something else. The more your company uses cloud computing or other on-line services, and the more tightly integrated it is into your operation, the greater the impact PRISM is likely to have on your business.

This is of course compounded if you do significant business overseas. ITIF notes that an exodus is getting under-way as foreign cloud computing customers funnel their euros and yen into non-U.S. providers, with best-case estimates of the U.S. share of the cloud computing market falling from 85 percent “pre-PRISM” to 65 percent by 2016. In the worst case scenario, that figure could hit 55 percent, representing a total loss of $35 billion over the next three years.

But those figures don’t really include damage to third parties – perhaps including your company – that use cloud computing services in the course of business. Will potential customers think twice before engaging with you if you rely on cloud tools? Even if you don’t use cloud computing heavily, you can be sure you’re going to face a whole lot of questions about where your customer data is stored, and perhaps be asked to provide guarantees about what happens if it ends up in the wrong hands.