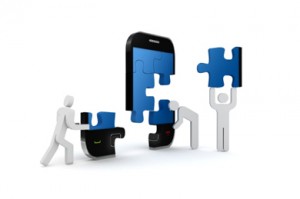 Salesforce.com is giving customers and partners access to a new set of tools and services for building mobile applications on its cloud platform.

Like most enterprise software vendors, Salesforce.com is trying to cater to a world where end users increasingly want to, or because they are frequently on the road need to, work on their smartphones, tablets or other mobile devices, not from computers at their desks. The so-called “consumerisation of IT” movement is also playing a role as users want a technology experience at work that is similar to what they have in their personal lives.

Mobile development has posed something of a dilemma for both software vendors and end-user companies, because while native applications written specially for iOS, Android and other OSes can be more powerful than ones developed in HTML5, the latter can be deployed across multiple platforms, saving time and cost.

In June, version 2.0 of Salesforce.com’s mobile SDK (software development kit) will be generally available. The update will make it possible for developers to link business system data such as a Salesforce.com CRM (customer relationship management) system to mobile applications, whether native, HTML5 or hybrid, according to Salesforce.com.

HTML5 applications will also be able to use on-device features such as a camera. Other features in the update include development libraries for secure offline storage and other requirements.

Both the packs and the SDK are open source and will be available at no charge through Github.

Part of the consideration behind open sourcing the components is to foster further development of Salesforce.com’s partner ecosystem. Also to that end, the vendor is launching a new Mobile Accelerator training program for consulting partners.

In addition, Salesforce.com is working with user groups to conduct mobile developer events in 37 cities around the world next month.