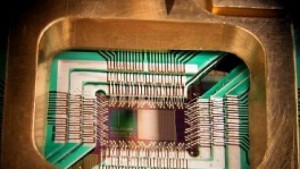 An international research team based in Bristol, UK has reportedly developed a new quantum chip that could enable the creation of ultra-fast computers and unhackable mobile phones, according to a report in the Financial Times.

The report claims the quantum chip is made from silicon, and is thousands of times smaller than the glass chips used previously. This means it is compatible with modern electronics and could be integrated with conventional microelectronic circuits.

Unlike conventional silicon chips that work by controlling electrical current, the quantum chip manipulates particles of light known as photons to perform calculations. This means it is also compatible with existing fibre optic infrastructure used in broadband communications.

The technology will initially be applied to create safe communications for mobile phones and computers, which would make online banking and internet shopping more secure and phones more resistant to hacking, according to the report.

In the longer term, the chips could be used to build quantum computers that can solve complex problems such as financial risk analysis, object recognition in images, database searches and the design of new materials, drugs and clean tech devices.

“Just as wind tunnels are not used for aircraft designs any more but [have been] replaced by computer simulations, in the future we may be able to replace most chemistry labs with quantum computers,” said Jeremy O’Brien, physics professor at Bristol.

The chip has been developed in collaboration with Toshiba, Nokia and Oclaro, as well as Heriot-Watt University in Scotland and Delft University in the Netherlands. Their research will be presented at the British Science Festival in Aberdeen this week.