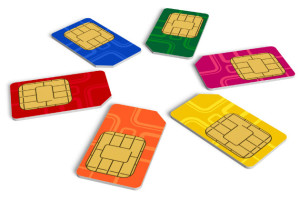 Millions of mobile phones may be vulnerable to spying due to the use of outdated, 1970s-era cryptography, according to new research due to be presented at the Black Hat security conference.

Karsten Nohl, an expert cryptographer with Security Research Labs, has found a way to trick mobile phones into granting access to the device’s location, SMS functions and allow changes to a person’s voicemail number.

Nohl’s research looked at a mobile phone’s SIM (Subscriber Identification Module), the small card inserted into a device that ties it to a phone number and authenticates software updates and commands sent over-the-air from an operator.

More than 7 billion SIM cards are in use worldwide. To ensure privacy and security, SIM cards use encryption when communicating with an operator, but the encryption standards use vary widely.

Nohl’s research found that many SIMs use a weak encryption standard dating from the 1970s called DES (Data Encryption Standard), according to a preview posted on his company’s blog.

DES has long been considered a weak form of encryption, and many mobile operators have upgraded now to more secure forms. It is relatively easy to discover the private key used to sign content encrypted with DES.

In its experiment, Security Research Labs sent a binary code over SMS to a device using a SIM with DES. Since the binary code wasn’t properly cryptographically signed, it would not run on the device.

But while rejecting the code, the phone’s SIM makes a crucial mistake: it sends back over SMS an error code that carries its own encrypted 56-bit private key, according to the company. Because DES is considered a very weak form of encryption, it’s possible to decrypt the private key using known cracking techniques.

Security Research Labs did it in about two minutes on a regular computer with the help of a rainbow table, a mathematical chart that helps convert an encrypted private key or password hash into its original form faster.

With the private DES key in hand, it is then possible to “sign” malicious software updates with the key, and send those updates to the device. The device believes the software comes from a legitimate source and then grants access to sensitive data.

The company outlined an attack scenario against SIM cards that run some form of Java virtual machine, a software framework for Java applications.

Using the SIM’s private key, an attacker could force the SIM to download Java applets, which are essentially very small programs that perform some function. Those applets would be “allowed to send SMS, change voicemail numbers, and query the phone location, among many other predefined functions”.

“These capabilities alone provide plenty of potential for abuse,” the company wrote.