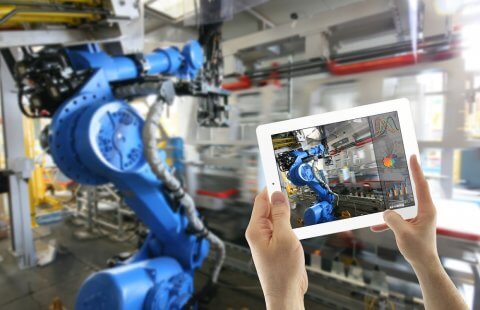 Global automation suppliers say that with regional government investment in new technologies and Industry 4.0 playing a key role in the future of world-wide production, Middle East factories could be some of the most advanced in the world in the coming years.

German-headquartered Indu-Sol, Japanese-based Mitsubishi Electric, and Cannon Automata from Italy, are among the latest global corporations commenting on the opportunities in a GCC industrial and building automation that’s projected to be worth US$10.3 billion in 2023.

Indu-Sol, which ensures the proper function of industrial automation systems, serves direct requests from the Middle East, and works closely with PI (PROFIBUS and PROFINET International) to help regional companies set up manufacturing plants with the latest industrial and data communication technologies.

Stefanie Schulze, who manages International Sales and Marketing at Indu-Sol, said by investing in the right technology, Middle East plants could become the most modern in the world: “IIoT (Industrial Internet of Things), AI and Industry 4.0 stand for long-term processes involving many different kinds of innovations and new solutions in automation. The most important thing is to be open to new concepts.”

Schulze said implementing new technology and processes takes time and costs resources but manufacturers will benefit in the long run: “In Germany, it took some years to optimise production plants and develop efficient concepts for industrial fieldbuses like PROFIBUS (Process Field Bus), PROFINET (Process Field Net) or ASi,” she added.

“The newer Middle East productions can benefit from this knowledge by directly setting up optimised and permanently monitored networks implementing the latest solutions.  By doing so, with the high financial power, Middle East plants could become the world’s best automated plants, and play a key role in world-wide production.”

Indu-Sol, along with Mitsubishi Electric and Cannon Automata will be among more than 20 global solutions providers taking part in the inaugural SPS Automation Middle East conference and exhibition, which takes place from 18-19 September 2018 at Dubai’s Festival Arena.

Şevket Saraçoğlu, president, Mitsubishi Electric Turkey, said automation technologies in the UAE and Gulf Cooperation Council (GCC) have only recently established a presence, however the region is open to technological developments and is deeply interested in the subject.

“There’s huge potential, mainly in the UAE and Saudi Arabia, and these two countries have set their focus towards the industrial automation industry,” said Saraçoğlu.

“In recent years Dubai received attention with its robot cops and was widely talked about with its autonomous police vehicles. The first drone taxi test drive was performed there in 2017 as well. All these things are achieved by connecting them to each other via IoT, which is an essential part of Industry 4.0.”

Saraçoğlu added, “Apart from Dubai, innovation is also supported by Saudi Arabia’s willingness to break its dependence on oil, and the Kingdom places emphasis on big data analysis for this purpose. These countries that aim to boost production will make considerable investments on automation technologies in the following years.”

“Being a relative newcomer in world production and engineering, the UAE has the advantage of being able to quickly embrace and more easily incorporate new technology inputs and build skills at a very high speed compared to other countries. Digitisation technologies are a differentiation and there are many possibilities that the UAE can become the world leader in the 4.0 industry.”

Mancini, whose Cannon Automata will showcase its full solutions portfolio at SPS Automation Middle East 2018, said the future of production in the UAE will involve advanced technologies, allowing the country to position itself as a high-quality producer at low cost, and without the need for expensive machines, tools and time.

“The UAE is the major contributor in the GCC for adopting automation technologies,” added Mancini. “This country is among the top global markets for 2016-2017 in industrial automation, focusing on sensors and instruments, electric motors and actuators, electrical relay and industrial control equipment, materials handling and industrial robots.”

SPS Automation Middle East 2018 is the region’s only dedicated automation industry event, bringing together professionals of the automation, IoT and Artificial Intelligence industries under one roof, and providing a dedicated platform for the latest innovations and solutions steering the region toward a smarter and high tech future.

“OEMs, end-users, distribution partners, system integrators, and industry specialists will be presented with the latest solutions from the biggest names in the automation business, while award-winning case studies on Robotic Process Automation and navigating IIoT in food packaging are a just couple of examples of lively presentations that comprise an engaging conference,” Pauwels added.

The SPS Automation Middle East Conference will feature a high-powered panel of speakers providing insights into how the policies and regulations governing automation affect the future of industries.  It will also provide a detailed look at how companies are adapting new technologies to enhance production efficiency.

The exhibition meanwhile will provide a broad cross-section of the nuts and bolts of automated manufacturing and building infrastructure, from Drive Systems and Components, Software, IT, and Mechanical Infrastructure, to Interface Technology, Power Supplies, and Human-Machine Interface Devices.