Solid-state drive adoption will continue to grow and it will be more than 10 years before it is ultimately replaced by a new memory technology, experts said. 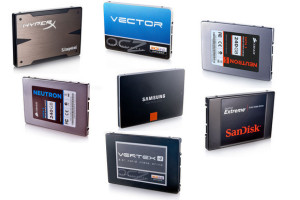 SSDs are getting more attractive as NAND flash gets faster and cheaper, as it provides flexibility in usage as a RAM or hard-drive alternative, said speakers and attendees at the Hot Chips conference in Stanford, California on Sunday.

Emerging memory types under development like phase-change memory (PCM), RRAM (resistive random-access memory) and MRAM (magnetoresistive RAM) may show promise with faster speed and durability, but it will be many years until they are made in volume and are priced competitively to replace NAND flash storage.

SSDs built on flash memory are now considered an alternative to spinning hard-disk drives, which have reached their speed limit. Mobile devices have moved over to flash drives, and a large number of thin and light ultrabooks are switching to SSDs, which are smaller, faster and more power efficient. However, the enterprise market still relies largely on spinning disks, and SSDs are poised to replace hard disks in server infrastructure, experts said. One of the reasons: SSDs are still more expensive than hard drives, though flash price is coming down fast.

“It’s going to be a long time until NAND flash runs out of steam,” said Jim Handy, an analyst at Objective Analysis, during a presentation.

Handy predicted that NAND flash will likely be replaced by 2023 or beyond. The capacity of SSDs is growing as NAND flash geometries get smaller, so scaling down flash will become difficult, which will increase the need for a new form of non-volatile memory that doesn’t rely on transistors.

Many alternative forms of memory are under development. Crossbar has developed RRAM (resistive random-access memory) that the company claims can replace DRAM and flash. Startup Everspin is offering its MRAM (magnetoresistive RAM) products as an alternative to flash memory. Hewlett-Packard is developing memristor, while PCM (phase-change memory) is being pursued by Micron and Samsung.

But SSDs are poised for widespread enterprise adoption as the technology consumes less energy and is more reliable. The smaller size of SSDs can also provide more storage in fewer servers, which could cut licensing costs, Handy said.

“If you were running Oracle or some other database software, you would be paying license fee based on the number of servers,” Handy said.

In 2006, famed Microsoft researcher Jim Gray said in a presentation “tape is dead, disk is tape, flash is disk, RAM locality is king.” And people were predicting the end of flash 10 years ago when Amber Huffman, senior principal engineer at Intel’s storage technologies group, started working on flash memory.

Almost ten years on, flash is still maturing and could last even longer than 10 years, Huffman said. Its adoption will grow in enterprises and client devices, and it will ultimately overtake hard drives, which have peaked on speed, she said.

Like Huffman, observers agreed that flash is faster and more durable, but also more expensive than hard drives. But in enterprises, SSDs are inherently parallel, and better suited for server infrastructures that need better throughput. Multiple SSDs can exchange large loads of data easily much like memory, Huffman said. SSDs can be plugged into PCI-Express 3.0 slots in servers for processing of applications like analytics, which is faster than hard drives on the slower SATA interface.

The US$30 billion enterprise storage market is still built on spinning disks, and there is a tremendous opportunity for SSDs, said Neil Vachharajani , software architect at Pure Storage, in a speech.

“Why not take SSDs and put them into storage arrays,” Vachharajani said. “You can treat your storage as a single pool.”

Beyond being an alternative primary storage, NAND could be plugged into memory slots as a slower form of RAM. Facebook replaced DRAM with flash memory in a server called McDipper, and is also using SSDs for long-term cold storage. Ultrabooks use SSDs as operating system cache, and servers use SSDs for temporary caching in servers before data is moved to hard drives for long-term storage.

Manufacturing enhancements are being made to make SSDs faster and smaller. Samsung this month announced faster V-NAND flash storage chips that are up to 10 times more durable than the current flash storage used in mobile devices. The flash memory employs a 3D chip structure in which storage modules are stacked vertically.

Intel is taking a different approach to scaling down NAND flash by implementing high-k metal gate to reduce leakage, according to Krishna Parat, a fellow at the chip maker’s non-volatile memory group. As flash scales down in size, Intel will move to 3D transistor structuring, much like it does in microprocessors today on the 22-nanometer process.

But there are disadvantages. With every process shrink, the endurance of flash may drop, so steps need to be taken to preserve durability. Options would be to minimize writes by changing algorithms and controllers, and also to use compression, de-duplication and hardware encryption, attendees said.

“Whatever Flash’s successor is, it won’t be as fast as RAM,” Flynn said. “It takes longer to change persistent states than volatile states.”

But Flynn is already looking beyond SSD into future memory types.

“The faster it gets the better,” Flynn said. “I’m excited about new, higher memories.”

But SSDs will ultimately match hard drives on price, and the newer memory and storage forms will have to wait, said Huffman, who is also the chairperson for the NVM-Express organization, which is the protocol for current and future non-volatile memory plugging into the PCI-Express slot.

“Hard drives will become the next tape,” Huffman said.