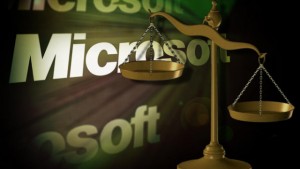 A lawsuit could put a crimp in Microsoft’s reported plans to implement two-factor authentication for users of its consumer cloud services.

Two-factor authentication – which supplements a user’s password with a PIN or code generated by a local application or sent by a cloud provider to a user’s device, typically a cell phone – has been adopted by large cloud-service providers as a means of better securing online accounts.

The lawsuit could affect the security of all users of Microsoft’s consumer cloud services, such as SkyDrive and Outlook.com, as well as users of other services that use two-factor authentication, such as Google and Dropbox.

According to a statement by StrikeForce, PhoneFactor’s authentication technology infringes a patent issued to StrikeForce in 2011 for “several key technologies underlying a multi-channel security system for granting and denying access to a host computer in response to a demand from an access-seeking individual and computer.”

StrikeForce declined to comment further on the lawsuit but, in a FAQ on the litigation posted on its website, it claimed its ProtectID Authentication Product “offers 2-factor [sic] ‘Out-of-Band’ authentication across many methods and devices for cyber security protection.”

“Methods that are used include, for example, receiving a call and entering a PIN number or One-Time Password (OTP) on a phone-type device,” it added.

Earlier last week, it was reported that Microsoft was readying a roll-out of two-factor authentication for its consumer cloud services. “Unfortunately we do not yet know the timing of the release of this new feature, but rest assured that it will be coming soon,” said LiveSide, which focuses on news and information about the Microsoft cloud.

“They’re taking the technology they got from PhoneFactor, embedding it, and turning it into a part of their services which, for security-conscious users, is a good direction,” Wes Miller, a research analyst with Directions on Microsoft said.

Microsoft declined to comment on the LiveSide report. “Security and privacy is a priority for Microsoft. However, we have nothing new to share at this time,” a said a Microsoft spokesperson.

Although StrikeForce’s lawsuit is aimed at Microsoft, other companies may also find themselves in the crosshairs of patent litigation.

“StrikeForce will aggressively protect its patent,” CEO Mark L. Kay said in a statement. “Therefore, we have filed today our first lawsuit designed to protect this critical StrikeForce asset, which is definitely increasing in importance with consistently troubling news about cyber-attacks and cyber thefts.”