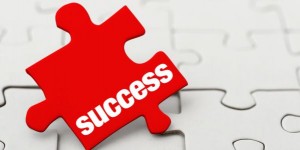 SAP’s SuccessFactors subsidiary is rolling out a version of its Jam social collaboration platform at no charge to all users, the company announced Wednesday.

A premium version of Jam with additional features, such as enterprise connectors to systems such as Microsoft SharePoint, access to an API (application programming interface) and unlimited storage will also be available, according to SuccessFactors, which SAP acquired earlier this year.

SuccessFactors has installed some 430,000 seats of Premier in the fourth quarter of 2011, the company said in a statement.

Jam includes a range of familiar social features such as user profiles, groups, blogs and file sharing. The company positions it as complementary to its range of HCM (human capital management) applications for employee learning, recruitment, job performance and other areas. SuccessFactors also offers mobile access to Jam on BlackBerry, iPad, iPhone and Android devices.

While not explicitly stated in SuccessFactors’ announcement, there seems to be one likely rationale behind its move.

“It’s a counter to Chatter. The intent is to provide SAP customers with one option to stay within the family,” said analyst Ray Wang, CEO of Constellation Research, referring to a Salesforce.com product which has broadly similar capabilities to Jam.

“There’s a battle for social users. No vendor wants to be left behind,” Wang added.

Like Jam, Chatter is aligned as a counterpart to a portfolio of business applications, which Salesforce.com recently directed into HCM territory with the acquisition of Rypple.

Earlier this month, Salesforce.com rolled out a new version of Rypple, which centres on employee performance management. Salesforce.com has integrated Rypple with Chatter, which like Jam also has a no-cost version as well as a premium edition.

Moreover, Salesforce.com has made little secret of its interest in SAP’s massive installed base. In October, it unveiled a set of services aimed at making SAP shops “social enterprises” through Salesforce.com’s technology.

With Jam, SAP is also looking to fend off competition from other social collaboration products, such as Yammer and Socialcast.

SAP’s $3.4 billion acquisition of SuccessFactors was seen as a general hedge against competition from pure cloud vendors like Salesforce.com. SuccessFactors CEO Lars Dalgaard has been placed in charge of SAP’s overall cloud strategy, which also includes the Business ByDesign ERP (enterprise resource planning) suite and a series of specialised applications for various lines of business.