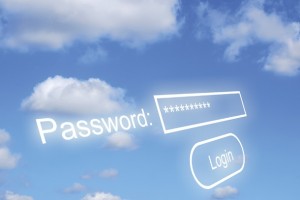 According to the latest report from Frost & Sullivan, the United Arab Emirates (UAE) is showing a greater demand for cloud security solutions, as cloud uptake in the region continues to increase.

In its recent “State of Cloud Computing Security in the UAE” report, Frost & Sullivan said that the country’s cloud security market generated more than $8.7 million in 2012. The research firm expects this number to reach $72.3 million by 2019.

Frost & Sullivan said that the UAE is one of the most spammed countries worldwide, though this has not deterred industries such as retail and logistics showing interest in cloud-based models. And as cloud-based solutions gain traction over the next few years, businesses will be looking to adopt cloud-specific security plans.

The research house said that, due to the widely spread opinion that private clouds provide better security layers, private cloud solutions will become the dominant cloud model in the UAE.

Large enterprises are largely expected to drive growth for cloud security suppliers in the UAE, Frost & Sullivan said. Industries such as public sector, oil and gas, banking and financial services should all contribute to this growth, the research firm opined.

Frost & Sullivan said that the biggest threat to companies experimenting with cloud was social media.

“The popularity of social media and the substantial increase in social website threats, such as identity thefts, have prompted several companies to scout for security applications capable of meeting their security needs,” said a research analyst for Frost & Sullivan’s Information and Communication Technologies unit.

“In fact, nearly 1.5 million victims of cybercrime in the UAE in 2011 were chiefly scammed through social networking websites; hence the implementation of cloud security systems is expected to go up.”

Frost & Sullivan also said that growth would be driven by third-party security service providers securing bigger profit margins. These margins would be allowed by the lack of regulations and official standards for cloud computing, meaning users will mostly turn to these third-party providers, the report said.

That said, Frost & Sullivan conceded that the absence of regulations can result in security issues and transparency concerns, which will affect consumer confidence.

Low awareness among enterprises also contributes to the challenges faced by the cloud security market in the UAE, the report said. Frost & Sullivan said that providers must educate local businesses on the benefits of cloud security services to sustain uptake. Meanwhile, cloud providers need to market their security capabilities so as to ensure customers feel safe putting their data onto the cloud, Frost & Sullivan added.

“To overcome security concerns at various levels, vendors in the UAE should direct their attention to the integration of robust security enforcement tools,” said the analyst.