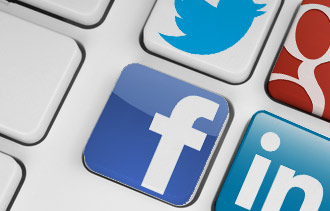 According to findings of a new global report commissioned by BT and Avaya, tech savvy consumers in the UAE are more active on social media platforms that the global average.

The report also revealed that majority of these consumers will develop a higher loyalty to brands that are transforming their customer experience beyond the traditional call centre.

The ‘Autonomous Customer 2015: On hold for Intelligent Customer Service’ study,

covering 5,500 people in 10 countries, looks at the attitudes of consumers =who research and make buying decisions online, and prefer to interact with organisations on their own terms.

The research revealed that consumers in the UAE are among the most tech savvy in the world, regularly using a wide variety of different social media and communications platforms.

These tech-savvy consumers now expect businesses to keep up. As a minimum, customers expect to be offered a variety of channels to communicate with organisations (89 per cent). They also want organisations to offer the technology they are most familiar with; 83 per cent say they would post a customer service comment on Facebook, and 78 per cent are interested in using Skype to speak to an agent.

UAE consumers are also keen to see new technology such as interactive voice recordings with smartphone screen visuals (84 per cent) and web chat (83 per cent). There is also strong demand to be able to switch from social media to phone in a continuous conversation with one agent (81 per cent).

This research presents a real opportunity for businesses in the UAE as the research also showed that consumers in the UAE buy more from (89 per cent) and are more loyal (83 per cent) to businesses who can make the customer service process easy.

“Organisations have to align themselves with rapidly changing consumer expectations,” says Wael El Kabbany, Vice President, BT in Middle East and North Africa. “Convenience is now a top priority for consumers, and organisations need to recognise this. For the autonomous customer convenience means flexible, multichannel support whereby customers can communicate with an organisation using the channel which works best for them.”

“The private and public sector in the country is undergoing an immense transformation to map to the aspirations of its citizens, residents, and visitors, in keeping with the priorities envisioned by the leaders. Effective two-way or multiparty engagement between businesses and their stakeholders improves the overall business climate, and can be a huge driver towards improving the overall happiness of people,” said Savio Tovar Dias, Director for Sales Engineering, Avaya Global Growth Markets. “Customer loyalty is often said to be a thing of the past, but this research identifies a fantastic opportunity for businesses in the UAE to continue striving to win that elusive customer allegiance. Organisations should make sure they are doing enough to make customer support the most seamless and convenient process for their customers.”

In its fifth year, the independent report is produced by Davies Hickman Partners.

A free, downloaded copy of Autonomous Customer 2015: On hold for Intelligent Customer Service is available from:
http://www.globalservices.bt.com/uk/en/solutions_category/improve_customer_experience_and_reduce_costs