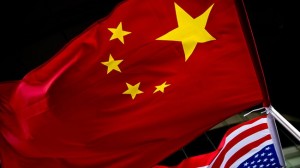 A high-profile report showing that Chinese cyber espionage is increasingly focused on U.S. critical infrastructure has led to a number of experts calling on the U.S. government to take action.

Security company Mandiant released a report this week that showed a group of cyber spies it had watched closely for some time was in all probability a secretive organisation within the Chinese military. It described how the group was increasingly focused on stealing information from companies involved in U.S. critical infrastructure, including the electrical power grid, oil and gas lines and waterworks.

While there’s no evidence that China is planning to launch a destructive attack, the fact that the country is behind gathering proprietary information from these companies is a reason for serious concern and a stepped up government response, experts say.

Paul Rosenzweig, a former deputy assistant secretary for policy at the Department of Homeland Security and the founder of Red Branch Law & Consulting, said the government should use everything it has to pressure China to stop.

Options include high-level diplomacy, financial and economic sanctions, using our own intelligence to embarrass the Chinese government, and prosecution of people involved in stealing data as well as Chinese companies that use stolen information.

Congress should also move faster in passing the Cyber Intelligence Sharing and Protection Act, reintroduced last week. The bill would establish rules for companies to share cyber threat information with each other and government agencies.

The Obama administration is already moving in that direction. On Wednesday, the White House released its strategy for preventing the theft of U.S. trade secrets. The plan includes increasing diplomatic efforts, supporting industry-led best practices for protecting proprietary information and continuing to make the prosecution of trade secret theft by foreign companies and governments a “top priority.”

While China was not mentioned, the strategy would certainly cover activities outlined in the Mandiant report.

A recently published paper by consultancy Good Harbour Security Risk Management outlines steps countries can take to prevent the escalation of cyber espionage into a more serious confrontation. Initial steps could include sharing information about threats with the intent to tackle thorny issues, like spying, later.

Russia and the U.S., for example, have discussed establishing a cyber hotline to lessen the chances of activity leading to conflict. The hotline would be modelled after one used to prevent accidental nuclear war.

“The U.S. should address this in multiple ways, including seeking to hold diplomatic discussions and developing norms about not attacking critical infrastructure through cyber,” said Jacob Olcott, principal for cyber security at Good Harbour.

Most experts believe that U.S. intelligence agencies were aware of the activities of Chinese cyber spying before the Mandiant report. However, the account is valuable in raising public awareness of the problem and adding pressure on lawmakers, said Matthew E. Luallen, president and co-founder of CYBATI, which conducts professional classes on securing industrial control systems.

What the nation needs is more organisations, such as the North American Electric Reliability Corp. (NERC), to enforce security standards on manufacturers of critical infrastructure and on waterworks. In addition, he favours more regulation, such as the Chemical Facility Anti-Terrorism Standards from the DHS.

“Now that there’s a public report, more people can actually understand why we need to have some of these additional regulations around protecting critical infrastructure,” Luallen said.