The loan is reportedly aimed at stepping up its development of next-generation 5G technology capable of faster speeds, wider coverage and more stable connections. 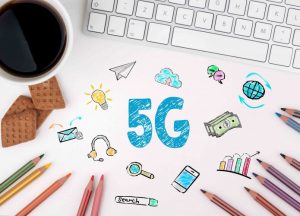 5G mobile networks, which are still at an early stage, will offer data speeds up to 50 or 100 times faster than current 4G networks and serve as critical infrastructure for a range of industries, such as driverless cars.

“We have to understand that China and the U.S. have moved fast with the 5G. It is very important to have European companies going in for this competition,” EIB vice president Alexander Stubb, a Finn himself, told the online edition of Helsingin Sanomat.

The bank had earlier this year signed a 250 million euro loan deal with Nokia’s Swedish rival, Ericsson, but EIB noted that the terms of the agreements were different.

The network gear business, led by China’s Huawei and the two Nordic companies, has struggled with flagging growth since demand for the current generation of 4G mobile equipment peaked in 2015.

By 2025, 1.2 billion people worldwide are set to have access to 5G networks – a third of them in China, according to trade group GSMA.