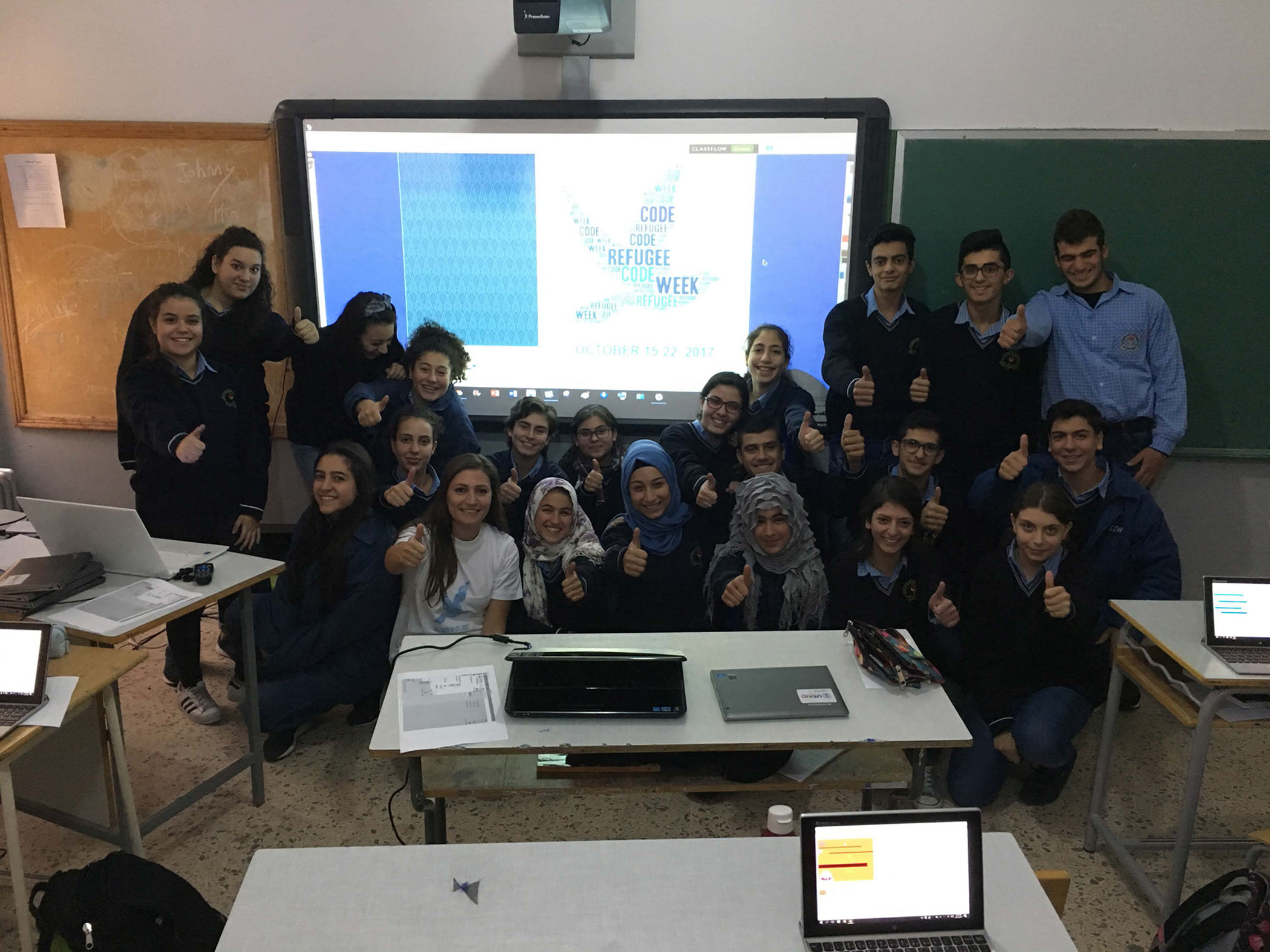 In a rapidly digitising region that is facing youth employment challenges, coding initiatives could unlock new careers. For example, according to a survey by the job search platform Indeed, 84 percent of employers believe that coding boot camps provide as much or more preparation for careers as compared to computer science degrees.

Across coding initiatives in Egypt, France, Greece, Iraq, Jordan, Lebanon, the Palestinian Territories, Sweden, and Turkey, the United Nations, global technology company SAP, the Galway Education Center, and more than 50 partners joined forces to train 16,201 youth in coding. Aiming to diversify the technological workforce of the future, among Refugee Code Week 2017 participants, 57 percent were refugees and 50 percent were female.

“While youth are digital natives, their skills do not necessarily match business needs. Refugee Code Week shows how youth can be empowered and inspired to take on high-value digital careers.”

During the second edition of Refugee Code Week, youth aged 8-24 learned a variety of coding skills, including Scratch coding and Web Programming. Top participants advanced to 17-week coding sessions with ReBoot Kamp and the Re:coded humanitarian initiative, leading to job placement in the SAP ecosystem.

Top participants can leverage the resources of the One Million Arab Coders initiative, which aims to support 1 million Arabs in becoming professional software developers. Participants can access career opportunities, internships, certifications and “nano-degrees”, entrepreneurship accelerators, and cash prizes through the program’s ecosystem.

Organizers are working closely with regional governments – especially in Egypt, Jordan, and Lebanon — to integrate coding into the educational curriculum. Supporting educational sustainability, more than 2,700 trainers have been trained in coding and can continue to give back to their communities. Lebanon had the highest participation with 7,785 youth engaged across 200 schools, trained by the Ministry of Education and Higher Education.

“Refugee Code Week shows how public, private, and academic organizations can join forces to close the region’s digital skills gap, enable youth development, and support refugees’ career preparedness,” said Mohammed Abu Asaker, Senior Regional Public Information Officer for the United Nations Refugee Agency (UNHCR). “Coding initiatives can give youth and refugees a purpose in life, and can also enable them to land digital careers, and create economic benefits that can lift up their families and communities.”

Ahmed, a 23-year-old Syrian refugee who came to the Za’atari Camp in Jordan in 2012, enrolled in the Refugee Code Week program, and took Scratch web coding courses. Following the training, he started working on an UNHCR project to map the camp’s refugee services, and became a Scratch children’s trainer in the Za’atari Camp.

“Once I learned Scratch and web development, I started having a purpose again, and I restored our faith,” said Ahmed. “I want to learn and improve myself, so that when I return to Syria, I can help the people there.”