Gulf Air, the flag carrier of the Kingdom of Bahrain, has a history of flying high. The firm’s Director of IT, Dr. Jassim Haji, relished the opportunity to upgrade its data centre to a first-class package. 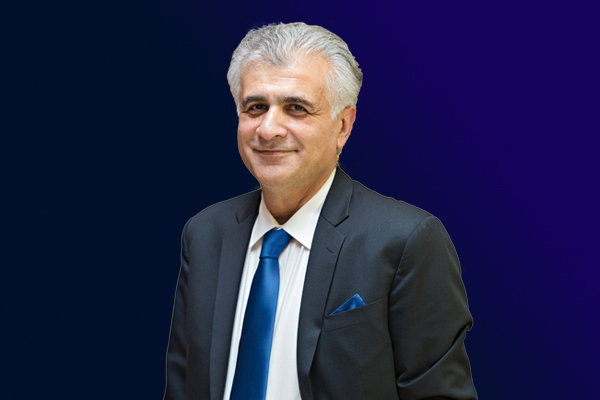 Jassim Haji is hardly one to accept something out of the box. If the solution is not right for the Bahrain’s national airline, the Gulf Air Director of IT is not afraid to find a better fit, or go even further to build the solution with his team in-house. “We, as a company, want to have control over each IT component that we utilise,” says Haji. “We cannot rely on out-of-the-box, end-to-end solutions to meet each of our specific needs.” The answer is simple, says Haji. His team takes each area for potential improvement on a case by case basis. For the IT team at Gulf Air, each solution must deliver perfection in solving each issue. “This way, we can use the best technology for each IT component across the board,” says Haji.

Gulf Air has a history of flying on the cutting-edge of the aviation industry. Founded in the early 1950s, the carrier is one of the oldest aviation companies in the region. In the 1970s, the government of Bahrain (then an emirate, and now a Kingdom), the State of Qatar, the emirate of Abu Dhabi and the Sultanate of Oman purchased the majority share of the aviation company, giving each government partial share in Gulf Air. In 1981, it became the first international airline to land in Riyadh, and in 1990, Gulf Air was the first Arab airline to fly to Australia. By 1992, Johannesburg and Melbourne were added to its route map, and it became the first Arab airline to fly directly to each.

In the same vein, Gulf Air has recently been quick on the uptake when it comes to new technology. The company invests heavily in its IT department across people, process and technology, though this strong position has not come without tribulation. “When the new team came in 2011, we had to deal with some legacy systems that needed addressing,” recalls Haji. “I didn’t want to just keep reacting to issues; we needed to create a system that was pro-active.” The team, he says, had to be willing to take on a dual challenge – firstly, to provide the best solutions, and second, to do so with zero downtime. The result was a two-year roadmap to renovate its data centre and take on a number of transformative IT projects that would change the game for Gulf Air.

As a rapidly growing aviation company, Gulf Air requires agility, security and availability. Haji decided that a state-of-the-art, environmentally friendly data centre was what the firm needed. Gulf Air applied F5’s Application Delivery Control solution as the scaffolding for delivering applications throughout its worldwide network. “We are essentially creating a cloud in the clouds,” quips Haji, referring to the number of virtualisation projects the team has implemented. The company chose Red Hat as its main project enabler. “Red Hat gave us both stability and flexibility,” says Haji. Its open source model provided the ability to create bespoke solutions, and the team could easily scrap one plan and move to the next if they felt it necessary.

The security of the data that Gulf Air collects is of the utmost importance to the company, and this duty of care would require careful consideration. “We have gone above and beyond when it comes to protecting customer data,” says Haji. The airline implemented an ISO 27001-certified Information Security Management System, and created a board dedicated to addressing new information security initiatives. “Our security architecture is based on defence-in-depth and layered measures,” explains Haji. As such, Gulf Air has deployed HP’s TippingPoint next generation of Intrusion Prevention System (IPS) to protect its IT infrastructure. In all, the IPS has blocked nearly 8,000 attempts to compromise the network per year. In addition, Gulf Air has implemented a privileged user management solution from Wallix, a European software company specialising in access, traceability and audit products.

The IT team gained a great deal of credit in the past year for rolling out its ‘Electronic Flight Bag’, which replaces the traditional reams of paper required for pilots to carry on board. Those bags include sensitive documents paramount to the safety of a flight. With the digitised version of these documents, there is no longer the risk of losing or forgetting one of these documents, creating a safer situation for all involved.

Although Gulf Air has emerged as a regional aviation innovator in the last two years, Haji has no plans to stop innovating. “We are always striving to do better, and to take on new challenges. For example, we have created the first data analytics tool that utilises Arabic,” says Haji. The company also has plans to go ‘as paperless as possible’ and to support other green initiatives by leveraging technology.

Haji credits his team for the success of Gulf Air’s many IT projects. “Just as the aviation industry never sleeps, my team are also working on new initiatives at all hours,” says Haji. He also notes the support of the C-suite of Gulf Air. “Our CEO has been behind us all the way,” says Haji. “As we see more and more success and positive ROIs, everyone involved is excited to move forward.

“It can make people nervous to be the first ones to take on a new technology,” says Haji, “but because we research our options so thoroughly beforehand, we can move forward with confidence.” In all, the plan to go first has paid off, saving the company nearly 30 percent in operating costs. “The key is that we are not implementing technology for the sake of technology,” says Haji. “We are no longer only talking tech in the IT department, we are talking strategy.”